Russian Embassy in US warns Washington against deployment of hypersonic missiles in Europe | Eurasia Diary - ednews.net 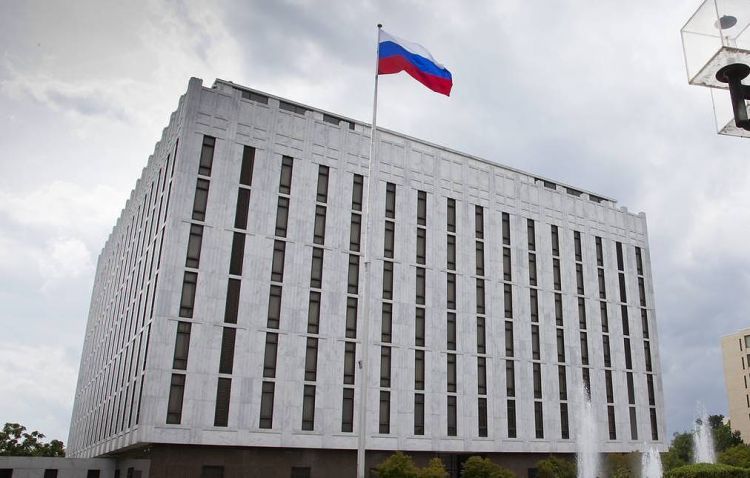 The Russian Embassy in the United States has warned Washington against plans of deploying US hypersonic missiles in Europe, the Russian diplomatic mission announced on its Twitter account on Tuesday, Eurasia Diary reports citing Tass News.

"We would like to remind Pentagon Press Secretary [John Kirby] that potential deployment of any US hypersonic missile in Europe would be extremely destabilizing," according to the Russian Embassy in the US.

"Their short flight time would leave Russia little to no decision time and raise likelihood of inadvertent conflict," the Russian diplomatic mission Tweeted.

Pentagon Spokesman Kirby said at a news briefing earlier, commenting on Russia’s test-launch of a Tsirkon hypersonic missile from the frigate Admiral Gorshkov: "Russia's new hypersonic missiles could potentially lead to destabilization and pose a significant risk because they can carry a nuclear charge."

The Russian Defense Ministry reported on Monday that the frigate Admiral Gorshkov successfully test-fired a Tsirkon missile from the White Sea. The surface target was located on the coast of the Barents Sea. The speed of the missile was estimated at Mach 7 and the range of its flight course exceeded 350 kilometers (217.4 miles).

The Admiral Gorshkov is the Project 22350 lead frigate. Warships of this class displace 4,500 tonnes and can develop a speed of up to 29 knots. They are armed with Oniks and Kalibr missile launchers, and also with Poliment-Redut surface-to-air missile systems.

Project 22350 frigates are multi-purpose combat ships capable of effectively fighting enemy surface ships, aircraft and submarines and delivering strikes against ground and coastal installations to a range of over 1,500 km