Proposal of great aid package by EU to Armenia, not to Azerbaijan whose territory was subjected to occupation, is not understandable - Farid Shafiyev
Read: 263

Georgia could be platform in Turkish-Armenian rapprochement - Expert
Read: 244

Azerbaijan, Turkey and Pakistan will continue to strengthen the partnership in defence and security - Ambassador
Read: 231 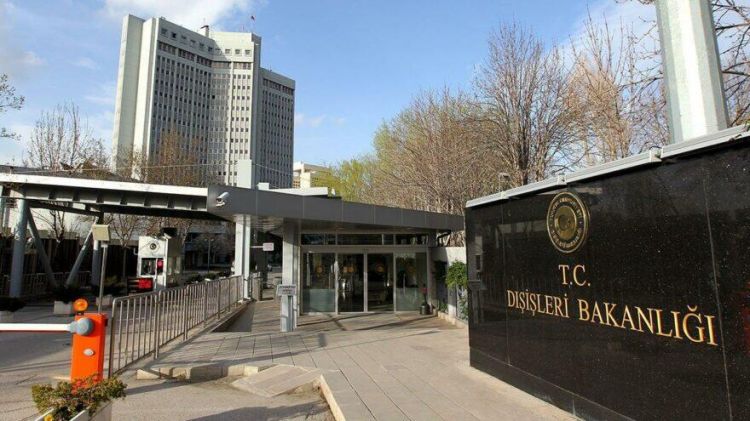 Turkey condemned the meeting of French President Emmanuel Macron with members of “the so-called ‘Syrian Democratic Council,’ which is under the control of the PYD/YPG, the Syrian extension of the terrorist organization PKK,” Foreign Ministry spokesperson Tanju Bilgiç said in a written statement on July 20, Eurasia Diary reports citing Hurriyet Daily.

“Despite all our calls, France’s relationship with this bloody terrorist organization and its affiliates, which has a separatist agenda, harms Turkey’s national security, the efforts to protect Syria’s political unity and territorial integrity, and to ensure stability in the region,” he stated.

The spokesperson reminded the French and international public of the fact that “recently, the said organization bloodily suppressed the peaceful demonstrations of young people who refused to join the organization, bombed civilian targets such as Afrin Hospital, attacked Syrian civilians, including children, and tortured detainees.”

He said that Turkey would continue its fight against this terrorist organization and its extensions with determination everywhere.