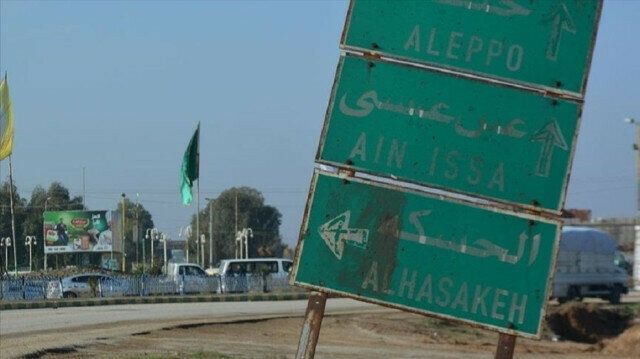 The US-led coalition against the Daesh/ISIS terror group provided military training to 400 YPG/PKK terrorists in the Al-Hasakah province of northeastern Syria, according to sources on Thursday, Eurasia Diary reports citing Yeni Safak.

Terrorists learned how to use light, medium, and heavy weapons and methods of raiding and infiltrating villages.

A so-called graduation ceremony was held after the training and was attended by US commanders and Ferhat Abdi Sahin, code-named "Mazlum Abdi", one of the ringleaders of the Syrian Democratic Forces (SDF), which is under YPG/PKK control.

The US and France, which are in the coalition against Daesh/ISIS, previously supported YPG/PKK terrorists with military training in areas of Al-Hasakah and Deir ez-Zor to the east of the Euphrates River.

French soldiers, who are currently acting under the auspices of the US in Syria, frequently give artillery training to YPG/PKK terrorists.

The YPG is the Syrian branch of the PKK, a designated terror group in the US, EU, and Turkey. US support for the YPG-led SDF has significantly strained relations with Ankara.

In its more than 35-year terror campaign against Turkey, the PKK has been responsible for the deaths of at least 40,000 people, including women, children, and infants.