Missiles allegedly fired by Israel in the Homs area were shot down by Syrian forces, using Russian-made air defense systems, says Vadim Kulit, the head of the Russian military’s Reconciliation Center in Syria 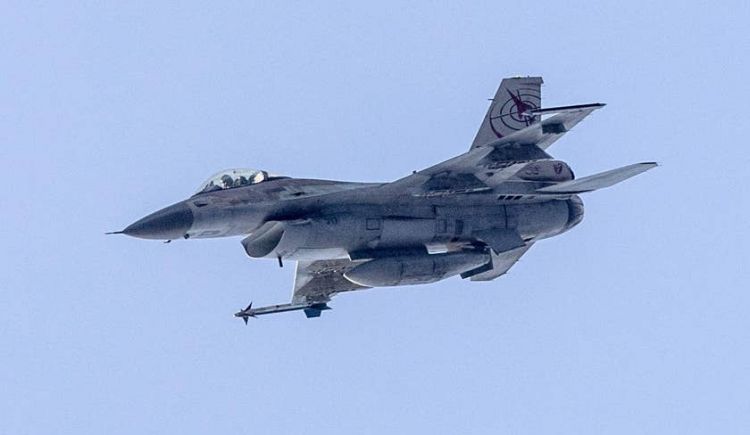 A top Russian official confirmed a Syrian report that Israel conducted airstrikes in the Homs area on Thursday.
In an interview with Russia’s Tass news agency, Rear Adm. Vadim Kulit, the head of the Russian military’s Reconciliation Center in Syria, said “two F-16 fighter jets of the Israeli Air Force made a strike with four guided missiles on facilities in Homs province from the airspace of Lebanon. All four missiles were destroyed by the Syrian duty air defense facilities, with the use of Buk-2ME systems of Russian manufacture."
Syrian state media reported on Thursday an Israeli strike triggered its air defense systems in the Quseir region, in the Homs countryside. A Syrian military official said the aerial attack caused material damage but no casualties.
Earlier this week, another Israeli strike in Syria was reported. The Russian military said then that Syrian air defense forces shot down seven out of eight missiles launched by Israeli warplanes during a raid that targeted the Syrian province of Aleppo.
Kulit said then that four Israeli F-16 fighter jets targeted facilities southeast of Aleppo in Monday’s strike.
He added that seven of eight missiles launched by the Israeli fighter jets were downed by Syrian air defense units that used Russia-supplied air defense systems Pantsyr-S and Buk-M2. One missile damaged the building of a scientific research center in Safira, he said.
The Britain-based Syrian Observatory for Human Rights, a war monitor that has activists on the ground in Syria, said the Israeli strikes targeted weapons depots that belong to Iranian-backed militia operating in Aleppo’s Safira region. The group said the strikes were followed by loud explosions. The weapons depots were located inside Syrian military posts, the group said.
Israel has launched hundreds of strikes against Iran-linked military targets in Syria over the years but rarely acknowledges or discusses such operations. Israel fears Iranian entrenchment on its northern frontier, and it has repeatedly struck Iran-linked facilities and weapons convoys destined for Hezbollah.
Russia has waged a military campaign in Syria since 2015, helping President Bashar Assad’s government reclaim control over most of the country after a devastating civil war. Moscow also has helped modernize Syria’s military arsenals and train its personnel.