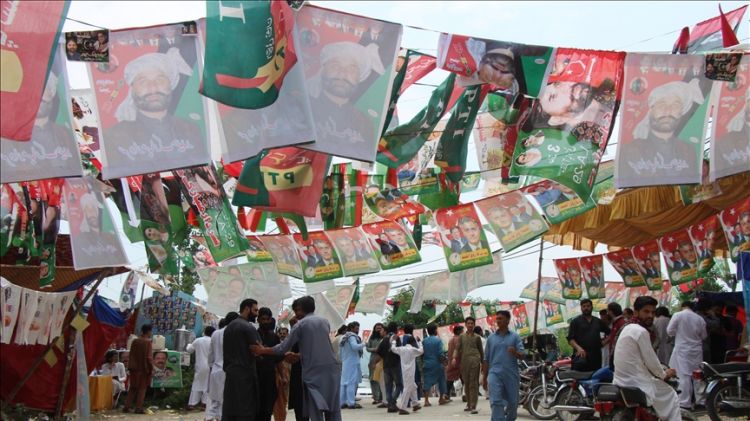 Out of the five seats' unofficial results announced by the Election Commission of Pakistan-administered Azad Jammu Kashmir (AJK), the ruling Pakistan Tehreek-e-Insaf (PTI) has already won four seats, while it enjoys a clear lead in another 20 constituencies.

Over half of the total 3.2 million voters cast their ballots to elect the 53-member AJK assembly for a five-year term, according to election authorities.

The vote was held for 45 general seats, while the remaining eight will be divided among the political parties on the basis of their victory ratio on general seats.

A party requires 27 seats to form the government with a simple majority.

According to the current trajectory, PTI is likely to cross the 30-mark.

As the vote count continues, the Pakistan Muslim League (Nawaz) of three-time Prime Minister Nawaz Sharif and the Pakistan People's Party (PPP) of slain premier Benazir Bhutto are locked in a close contest for the second position.

Unofficial results suggest that the PPP and the Nawaz are leading on five and four seats, respectively.

Traditionally, the party ruling Islamabad has won elections in AJK since 1975, with analysts foreseeing no change in this decades-long trend.