Iran is one step away from obtaining nukes - Israel - ednews.net

Iran is one step away from obtaining nukes - Israel 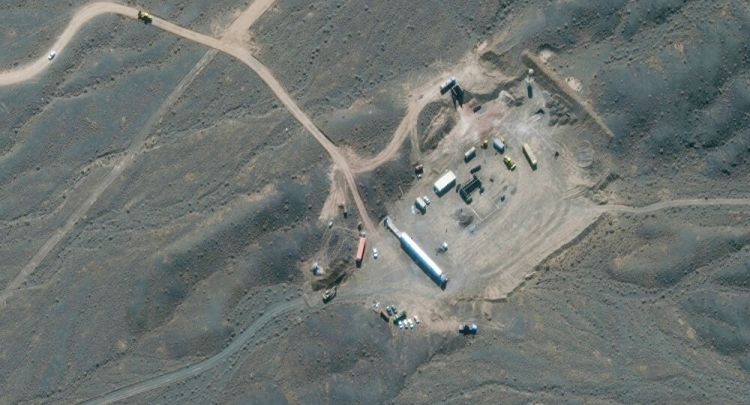 Israel has long been sounding the alarm about Iran allegedly working to develop nuclear weapons. However, the Jewish State itself is widely believed to have obtained weapons of mass destruction a long time ago, with reports saying it could have at least 90 warheads at its disposal, Eurasia Diary reports citing Sputnik.

Israeli officials have told the United States that Iran is allegedly on the threshold of acquiring nuclear weapons, Israeli media reported Sunday.

According to The Times of Israel, which cited a Sunday report by Kan News, the country's foreign minister Yair Lapid, defense minister Benny Gantz and other senior officials issued an "unusual warning" to Washington: "This 'limbo' cannot be a time when Iran is quickly advancing toward becoming a nuclear threshold state," a senior diplomat told the Israeli news channel, reportedly referring to the ongoing Vienna talks on reviving the Iran nuclear deal.

Since April, Vienna has been hosting sessions of the JCPOA joint commission, as well as informal meetings in different formats aimed at preventing the Iran nuclear deal from falling apart after the US pullout. Trump unilaterally withdrew Washington from the agreement in 2018, slapping Tehran with harsh sanctions under the so-called "maximum pressure" campaign.

Iran has repeatedly insisted that sanctions must be lifted in the first place. Economic pressure has undermined the lives of ordinary citizens in Iran, especially during the pandemic.

This also comes along with the news that Israeli premier is reportedly to meet US President Joe Biden next month. In late June, Biden received the now-ex president of Israel Reuven Rivlin, where he claimed.

Last week, the Israeli defense minister urged the government to prepare more carefully for a scenario in which Iran could obtain nuclear weapons, in the light of earlier reports of the IDF requesting more military spending for the sole purpose of preparing for a large-scale attack on Iran's nuclear program.

Tensions soared between Iran and Israel following the assassination of Iranian top nuclear physicist Mohsen Fakhrizadeh in autumn last year. Tehran attributed the killing to Israeli spy agency Mossad, while Israel refrained from either confirming or denying its alleged involvement.

The escalation was also driven by a series of "sabotage" attacks, attributed to Israel, at Iran's nuclear facilities, including the Natanz incident. In a scandalous recent interview given by ex-Mossad chief Yossi Cohen, it was hinted that Israel could have been involved both in the Natanz incident and in the operation to assassinate the nuclear scientist, stating that individuals who are considered to pose a threat to Israel should be eliminated.

Back in 2018, outgoing Israeli Prime Minister Benjamin Netanyahu claimed the scientist had headed a secret unit within the Iranian military allegedly working to develop nuclear weapons.

Iran has repeatedly accused the West of hypocrisy regarding its nuclear program, pointing to various reports suggesting Israel acquired the weapons of mass destruction long ago.

According to the Center for Arms Control and Non-Proliferation, Israel could possess at least 90 plutonium-based nuclear warheads and has reportedly produced enough plutonium for 100-200 nukes. Some speculate that the Jewish State might have conducted a successful nuclear test as early as in 1979, referring to the Vela incident in South Africa.