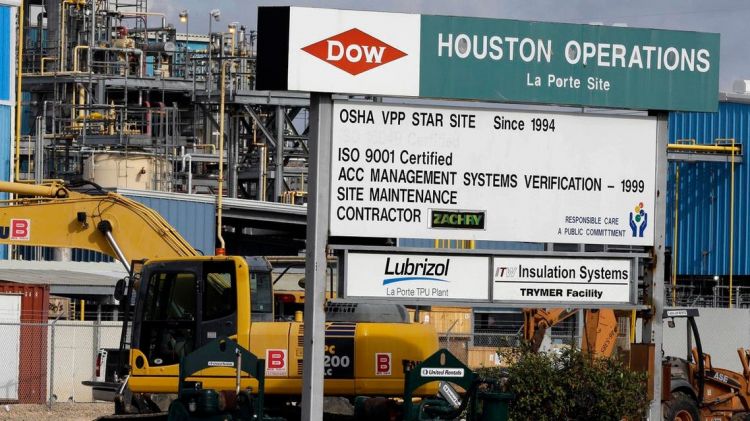 Two people are dead after a chemical leak Tuesday evening at plant in La Porte, Texas, company officials said.
The incident happened about 7:35 p.m. and involved an acetic acid leak at the LyondellBasell facility in the La Porte Complex, company spokesperson Chevalier Gray said in a statement. Emergency responders from the City of La Porte and Channel Industries Mutual Aid were on the scene Tuesday night.
Gray said two people “sustained fatal injuries” and four others sustained burns and were being transported to receive medical treatment. The company said it was working closely with responders to confirm all employees were accounted for.
Air monitoring demonstrated no levels of concern for the community, Gray said.
“The area is in unincorporated Harris County, adjacent to the city of La Porte. There is no shelter in place or other protective actions being recommended for the La Porte community at this time,” according to a statement issued by La Porte EMS.
Harris County Judge Line Hidalgo issued a statement on Twitter saying that she’s “heartbroken.”
“Heartbroken to hear of the two fatalities at the Lyondell Basell facility in La Porte,” Hidalgo said in a tweet. “Our county and other first responder agencies are working to support the other workers impacted and to verify that the incident is contained. Grateful to all responders.”
No further information was immediately available.