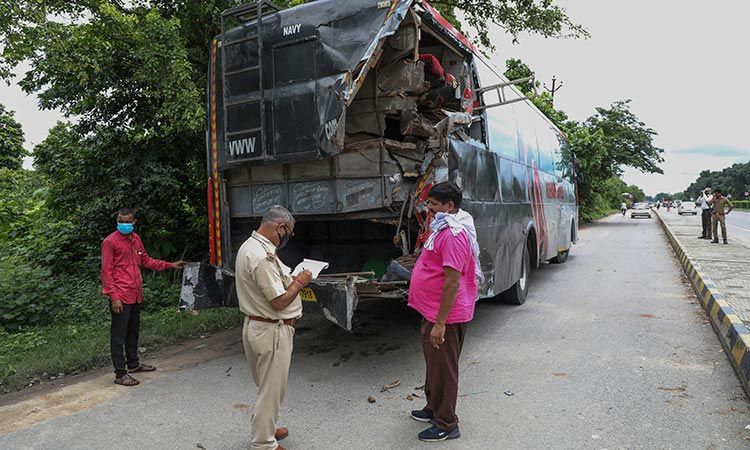 At least 18 people were killed, 24 injured when a truck rammed into a double-decker bus on the side of a highway in northern India, police said on Wednesday.
Fifteen injured are in serious condition and have been referred to the Trauma Centre in Lucknow. The accident occurred overnight in Barabanki, 30 kilometres (18.6 miles) northeast of Lucknow, the capital of Uttar Pradesh state.
According to the Ram Sanehighat police circle reports, the accident took place in the early hours of Wednesday. Authorities said the bus had broken down while on its route to the northern state of Bihar, prompting the driver to park it on the side of the highway.
Due to heavy rains and poor visibility, a truck coming from Lucknow at a high speed hit the bus. The collision was so strong that most of them died on the spot.
The majority of the victims, many of whom were laborers returning home, were sleeping under the double-decker bus when the truck slammed into it.
A senior police officer Yamuna Prasad said “the collision was so bad that 16 people died on the spot while two others succumbed to their injuries in the hospital.”
Most of the bus passengers had got down from the bus and were sleeping on the roadside when the accident took place.
ADG Zone, Lucknow, S N Sabat confirmed the death toll.
After the accident, the national highway was jammed for five kilometres and officials rushed to the spot to rescue the victims and also clear the highway. 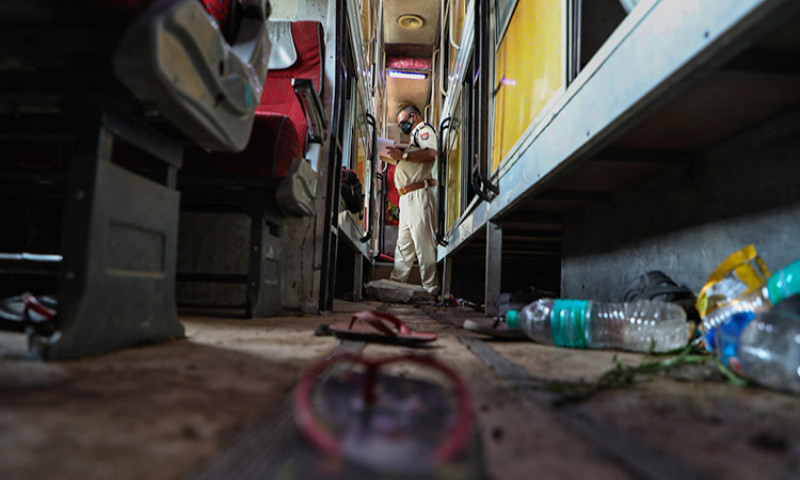