Pakistani premier says US 'messed it up in Afghanistan' | Eurasia Diary - ednews.net

Pakistani premier says US 'messed it up in Afghanistan'

Imran Khan reiterates there is no military solution in Afghanistan, calls for 'inclusive' political settlement 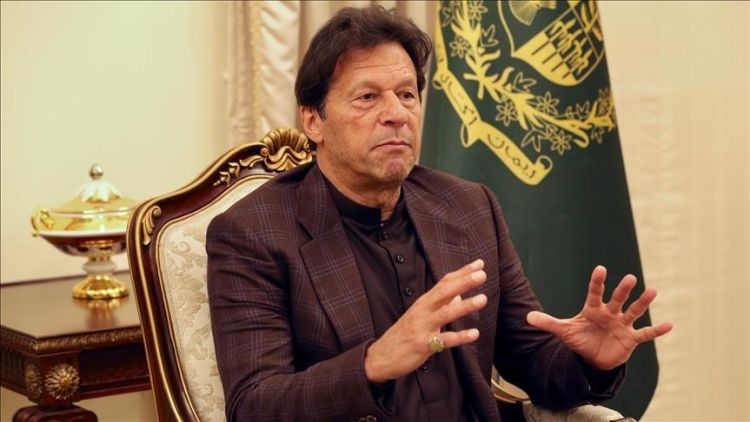 The Pakistani prime minister has said that the US "really messed it up in Afghanistan" by first looking for a military solution and then seeking political reconciliation with the Taliban from a position of weakness.
His remarks come as the US and NATO forces are set to end their 20-year involvement in Afghanistan in just over one month.
"I think the US has really messed it up in Afghanistan. You see, first of all, they tried to look for a military solution in Afghanistan, when then never was one," Imran Khan told PBS NewsHour, an American news program, late Tuesday.
He said that when the US realized there was no military solution in Afghanistan, "unfortunately" their bargaining power "had gone."
"When there were 150,000 NATO troops in Afghanistan, that was the time to go for a political solution. But once they had reduced the troops to barely 10,000, and then, when they gave an exit date, the Taliban thought they had won. And so, therefore, it was very difficult for now to get them to compromise," he told program host Judy Woodruff.
The Taliban have swiftly captured territory in recent weeks, claiming to control more than 150 of Afghanistan's 407 districts.
Asked if the Taliban's rise is a good outcome for Afghanistan, Khan argued: "The only good outcome for Afghanistan is that if there is a political settlement which is inclusive, so they form some sort of a government that includes all sorts of different factions there."
Khan warned that any "protracted civil war" in Afghanistan would push more refugees toward Pakistan, which has already hosted millions of Afghans for over three decades. "And our economic situation is not such that we can have another influx," he said.
The prime minister said that allegations about 10,000 militants crossing into Afghanistan from Pakistan are “absolute nonsense” and that there is no evidence of such a claim.
He said Pakistan would be a target again if it joins the US for any future military action in the region, adding that “we want to be a partners in peace, but not in conflict."
"We do not have the capacity to have any more fighting within our border or any terrorism within our country ... we have just recovered from a desperate economic situation, and do not want to go through it again," he said.
Criticizing Washington for using Pakistan like "a hired gun," Khan said there was no other country that lost 70,000 people to fight for someone else's war.
"Now, Pakistan's position is very straightforward. We want to help and we have helped getting the Taliban to talk to the US, got them on the dialogue table," he said. "We have done our bit."
Intra-Afghan negotiations in Qatar, which began last September, have made little headway with both sides blaming each other for increase in violence.
In a recent interview, Taliban spokesman Suhail Shaheen, who is also a member of the group’s negotiating team, said there would not be peace in Afghanistan until there is a new negotiated government in Kabul and President Ashraf Ghani is removed.