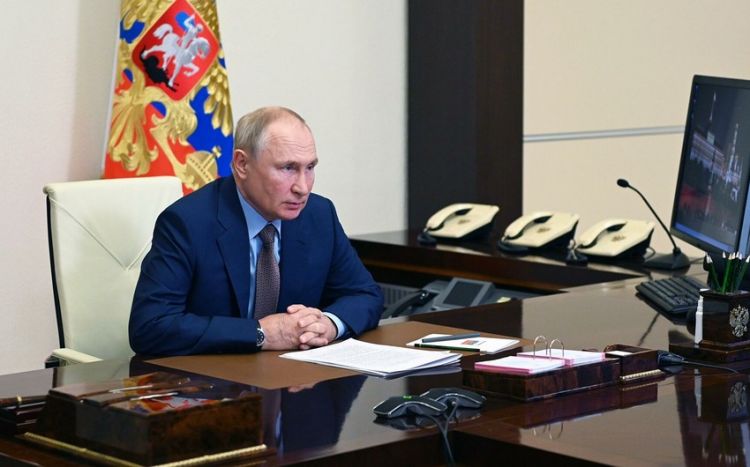 According to Press Secretary of Kremlin Dmitry Peskov, Russian President Vladimir Putin has held an operative session with the permanent members of the Russian Security Council.

"During the session, the participants discussed the current issues of Russia's socio-economic development. In addition, they also touched upon the relevant issues on international agenda, including the situation on the Azerbaijani-Armenian border," Peskov said.