US Embassy in Baghdad Reportedly Targeted By Two Katyusha Rockets 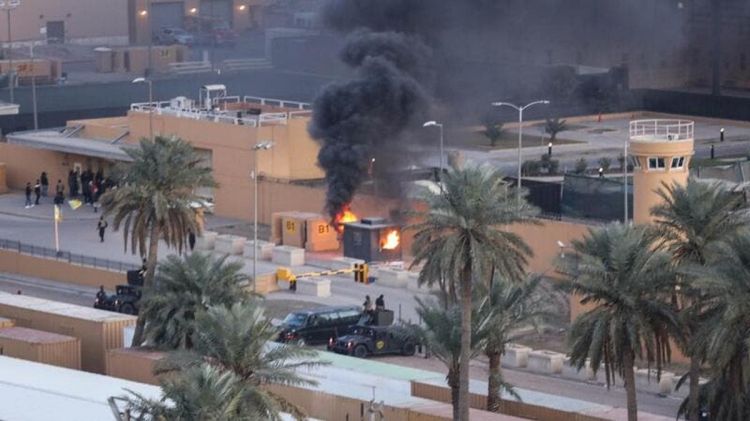 The reported strike follows Baghdad and Washington issuing a joint statement saying that all American troops would be pulled out of Iraq by 31 December 2021.
The US Embassy in Baghdad has been targeted by two Katyusha rockets, the AFP news agency cited unnamed sources as saying on Thursday.
The reported strike was launched a few weeks after at least six Katyusha rockets hit a military air base housing US-led coalition forces in the western Iraqi province of Anbar.
Over the past few months, the Iraqi military bases housing US troops across the country, as well as the US Embassy in Baghdad have been repeatedly targeted by mortar and rocket attacks.