Over 10,000 personnel, multiple aircraft will be used in exercise starting early next month, says Chinese official 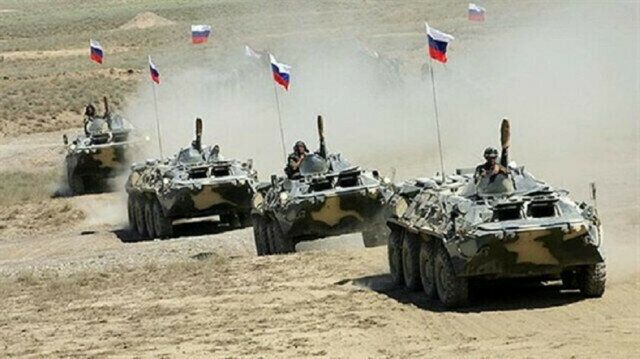 China and Russia will hold a joint military exercise early next month, the Chinese Defense Ministry said on Thursday.
“The two countries will dispatch more than 10,000 personnel, multiple types of aircraft, artillery pieces and armored equipment in joint exercises to test joint reconnaissance, early warning, electronic information attack and joint strike capabilities,” ministry spokesperson Sr. Col. Wu Qian said.
The Zapad/Interaction-2021 joint military exercise will be held in China’s northwestern Ningxia Hui Autonomous Region from early to mid-August, Chinese daily Global Times quoted the official as saying.
“The military exercise will be held with a theme of jointly safeguarding regional security and stability,” Wu said.
In a separate statement, the spokesperson said the Chinese military will host three events of the International Army Games (IAG) 2021 from Aug. 22 to Sept. 4, and send troops to participate in 17 other events in Russia, Belarus, Uzbekistan, and Iran.
“China will host three events in Korla, Xinjiang Autonomous Region, namely the ‘Suvorov Attack,’ ‘Clear Sky,’ and ‘Safe Environment.’ Militaries of Russia, Belarus, Egypt, Iran, Venezuela, and Vietnam will send troops to participate in the events held in China,” he said.
Chinese troops will take part in 17 events abroad, including 12 in Russia, three in Belarus, one in Uzbekistan, and one in Iran, he added.
“This year, China will continue to host some IAG events and participate in more events in Russia and other countries in the backdrop of the rampant pandemic,” Wu said.
“This will further tighten the ties between the Chinese military and its foreign counterparts, enhance military exchanges and cooperation, and improve the troops’ training effects through mutual learning.”