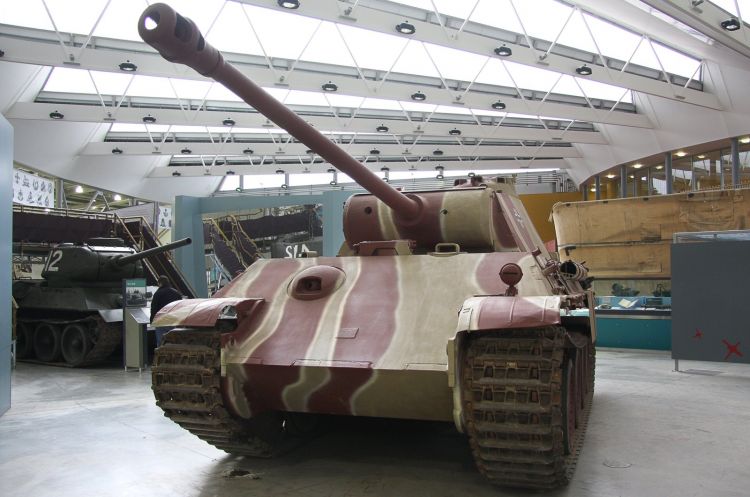 An 84-year-old German pensioner is being prosecuted for storing World War II military equipment, including a 44 ton Panther tank, anti-aircraft gun and torpedo in his basement. The items were removed from the house with the help of the German military back in 2015.
The main dispute is how to prosecute the pensioner. Prosecutors and lawyers are negotiating possible sanctions and penalties, including a suspended sentence and a fine of up to 500,000 euros ($593,380). The 84-year-old is also responsible for finding new homes for the historical items.
The Panther-type tank found in his basement is said to be the most efficient tank model in Germany’s arsenal back in the World War II era. According to the defendant’s lawyer, a U.S. museum is keen on purchasing the Panther tank.
The lawyer also said that several German collectors had approached the pensioner over other items, which included assault rifles and pistols, local media report.
At a court hearing on Monday in the city of Kiel, about 100 kilometers (60 miles) north of Hamburg, lawyers were trying to determine whether the man's military collection had violated Germany's War Weapons Control Act, which regulates the manufacture, sale and transport of weapons of war.
In pensioner’s defense, it is argued that many of the weapons are no longer functional and that the tank was bought as scrap. They are considering accepting a lower fine of 50,000 euros, according to Die Welt. Meanwhile, prosecutors claim that some of the weapons and ammunition could still be used.
In July 2015, it took about 20 soldiers almost nine hours to extract the Panther tank – which was without its tracks – from the man’s basement.
The final decision is expected to be announced next month.