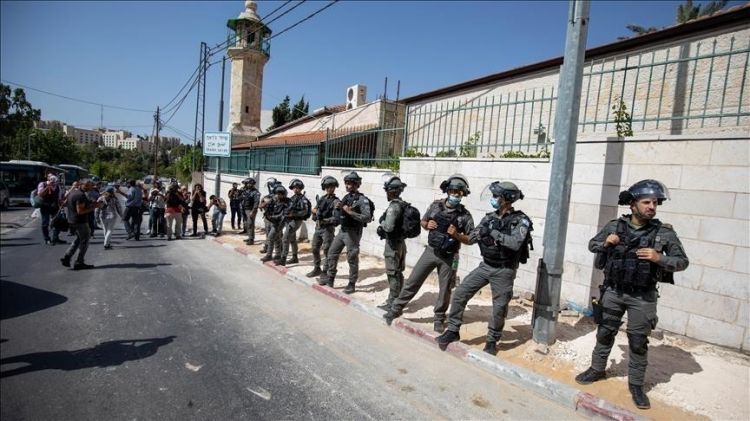 An Israeli court on Thursday delayed the eviction of three Palestinian families from their homes in the Sheikh Jarrah neighborhood in occupied East Jerusalem.
The families' lawyer Hosni Abu Hussein told Anadolu Agency that the Israeli Supreme Court while hearing a review petition against the Israeli Central Court judgment has asked the authorities concerned to delay the eviction of three families until further order.
The Israeli Central Court had issued a ruling earlier this year directing the government to remove the families from their homes by August 1.
On Monday, the Israeli Central Court will hear a separate review appeal filed by four Palestinian families challenging the court's decision to evict them from their homes in Sheikh Jarrah.
Abu Hussein said the court will hear the parties involved in the case, although he is unsure whether a judgment will be issued on the same day or not.
The Israeli Central Court in East Jerusalem issued a judgment in favor of right-wing Israeli settlers in January 2021 to evict seven Palestinian families from their homes. The decision had sparked fierce clashes between Palestinians and Israeli forces in May in East Jerusalem, the West Bank, and Gaza.
Several countries had asked Israel to suspend its eviction plans and de-escalate tensions.
The lawsuit stems from the events of 1948, when hundreds of thousands of Palestinians were forcefully evicted from their homes and lands, a tragedy Palestinians refer to as the "Nakba," or "Catastrophe.
In 1956, 28 families settled in Sheikh Jarrah, hoping that it would be the last time they were forcibly evicted.
However, Israeli settlement and extreme Jewish associations claimed ownership of the lands in Sheikh Jarrah before 1948, a claim that is vehemently opposed and denied by the Palestinians.