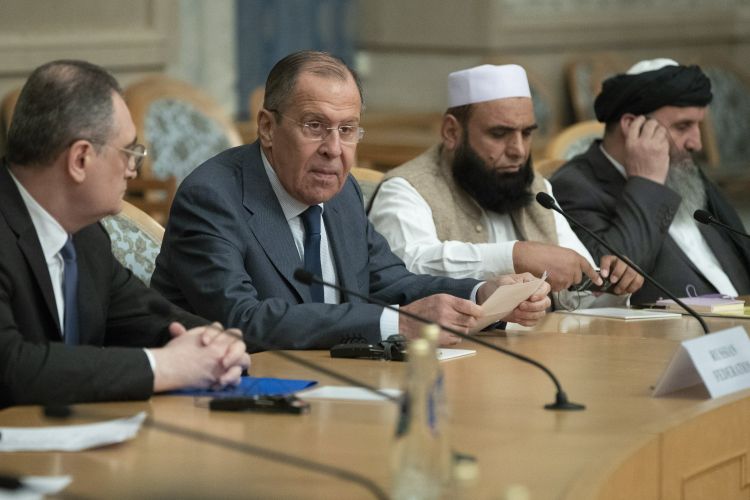 The negotiating skills of the Afghan authorities and the Taliban movement (outlawed in Russia) are equal at this point, Russian Special Presidential Envoy for Afghanistan Zamir Kabulov said during an online briefing on Thursday.
"From an objective standpoint, the question is about the negotiating skills of both the Taliban movement and the Kabul government. They are completely equal here, and I’m not inclined to put all the blame on one of the parties," he pointed out.
According to the senior diplomat, achieving national reconciliation in the country is in the interests of Afghanistan and Russia. "Like our partners, we first and foremost mean the launch of intra-Afghan talks involving a wide range of ethnic and political forces, including the Taliban movement, along with Kabul’s representatives," Kabulov noted. He emphasized the need for a ceasefire and "the launch of substantive talks that would lead to the formation of an interim cabinet whose goal will be to prepare the country for a normal government within a short period of time, preferably no more than two years," the Russian envoy said.
Kabulov added that the process should also include the development and adoption of constitutional amendments "through Afghan mechanisms" and preparations for future general elections.
Fighting between Afghan government troops and Taliban forces escalated after US President Joe Biden announced plans to end Washington’s operation in Afghanistan, the longest foreign military campaign in US history. As of July 13, more than 95% of US troops had left the country. Afghan officials have repeatedly stated that the Taliban are stepping up their offensive.