March on memory of martyrs, with attendance of Azerbaijani President, and First Lady held in Baku - PHOTOS
Read: 172

Azerbaijan is the party forming the agenda in the region, including Azerbaijani-Armenian relations - President
Read: 165 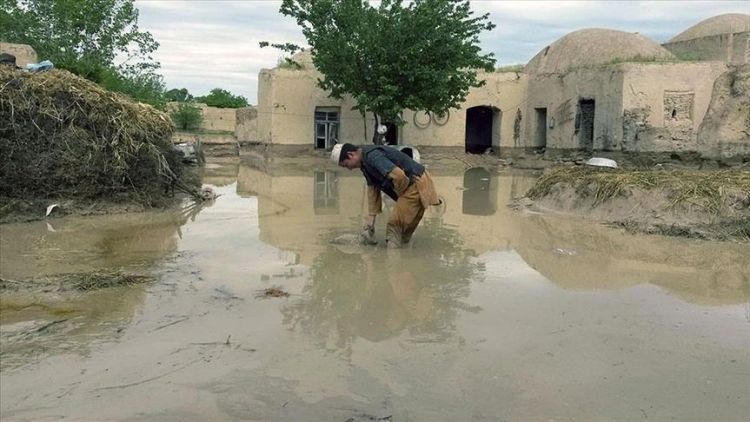 The death toll from flash floods in eastern Afghanistan soared to 80 with many still missing, officials said on Friday.
The floods caused by torrential rains have hit the country's mountainous eastern Nuristan province bordering Pakistan.
Saadullah Payendazoy, the provincial assembly chairman, told Anadolu Agency that at least 80 bodies have been recovered as countless mud houses had been destroyed after floods swept through the area.
Governor Hafiz Abdul Qayyum said the floods in Mirdish village of remote Kamdish district engulfed dozens of houses with all their members and livestock.
The village, he added, was under the control of Taliban and that the government is unable to send aid and rescue teams.
Taliban spokesman Zabiullah Mujahed, however, said rescue efforts would be allowed in the area.
Torrential rains and flash floods kill scores of people annually in Afghanistan. This year’s flooding comes as Afghanistan has been rocked by a surge in violence, and is battling a third wave of COVID-19.
The Taliban have swiftly captured territory in recent weeks as the US and NATO forces are set to end their 20-year involvement in Afghanistan in just over one month.
Intra-Afghan negotiations in Qatar, which began last September, have made little headway with both sides blaming each other for increase in fighting.