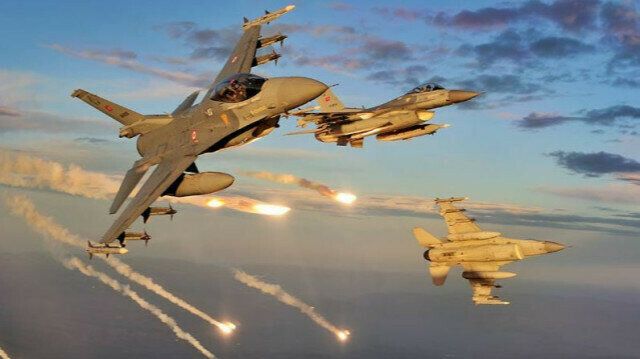 Airstrikes were carried out in the Qandil, Gara, Hakurk and Zap regions of northern Iraq, destroying nearly 40 targets, including shelters, ammunition depots, and caves, said a ministry statement.

It added that, with these operations, the army inflicted a heavy blow on the PKK terror group.