Russia's behaviour may lead to armed conflict in the region - Expert
Read: 289

Referring to the participation of the Ministry of Defense firefighting aircraft in fire control operations in Turkey, the Iranian envoy in Ankara said firefighting helicopters will also take part in the relief operation. 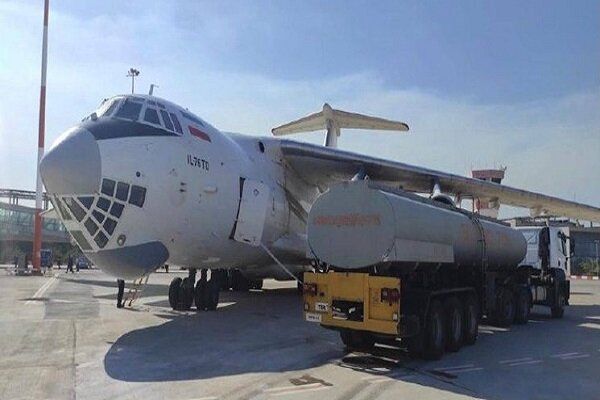 Following a fire in the forests of the southern provinces of Turkey, Iranian Ambassador to Ankara Mohammad Farzmand in a tweet on Saturday night announced that the Ministry of Defense's firefighting aircraft participated in fire control operations in southern parts of this country.
Ministry of Defense firefighting helicopters will also take part in the relief operation tomorrow, he added.
"Neighbors will not leave each other alone," the envoy stressed. 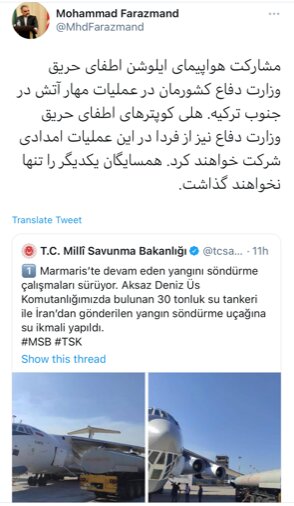 Iranian Foreign Minister Mohammad Javad Zarif also expressed sympathy with Turkey over the widespread fire in parts of the forests of Turkey's southern provinces, saying that Iran's facilities will be at the disposal of its brothers and sisters in Turkey.
While announcing the solidarity of the Islamic Republic of Iran with the government and people of the friendly and brotherly country of Turkey and expressing condolences to the families of the victims, the Foreign Ministry spokesman Saeed Khatibzadeh also announced the readiness of the Islamic Republic of Iran to assist the government and people of Turkey.