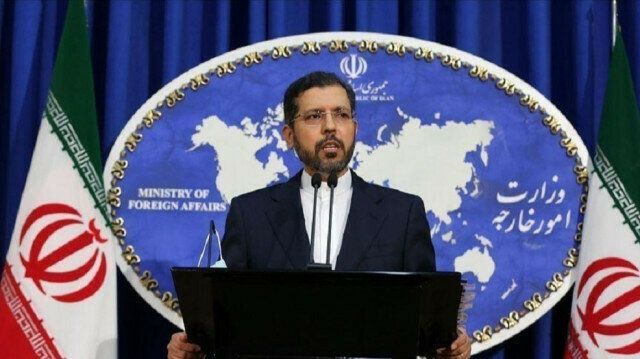 Iran on Sunday denied involvement in an attack that targeted an Israeli-operated oil tanker off the shores of Oman, in which two crew members were killed.
Speaking in his weekly news conference, Foreign Ministry spokesman Saeed Khatibzadeh said the Israeli accusations for Iran of being behind the attack were “baseless”.
“Such blame games are nothing new,” Khatibzadeh said. "Those who are responsible for this (attack) are the ones who made it possible for the Israeli regime to set its foot in this region.”
On Friday, Israeli Foreign Minister Yair Lapid blamed Tehran for the attack, saying that "the world must not be silent."
The attack on the MV Mercer Street on Thursday, an oil tanker operated by the London-based company Zodiac Maritime owned by Israeli tycoon Eyal Ofer, led to the death of two crew members, a British national and Romanian citizen.
In recent months, many attacks on commercial vessels have been reported and linked to the ongoing tension between Tel Aviv and Tehran.