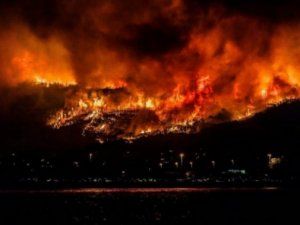 The Children of Fire, a terrorist organisation recognised as such in Turkey, claimed responsibility for organising the arson of forests in the country, Yeni Şafak reports.

According to the newspaper, this organisation is also associated with the extremist Kurdistan Workers' Party (PKK), also recognised as terrorist by Ankara.

The organisation said in a statement that its supporters went on to set fire to the forests, 'since the Turkish regime does not understand any other language, so it is time to bring it to its knees with fire.'