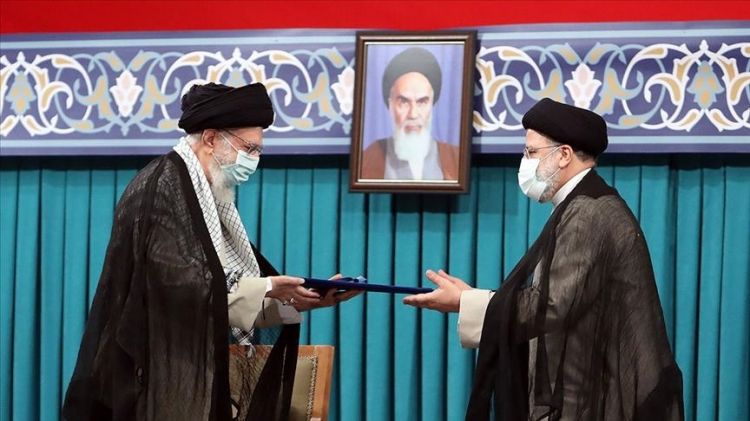 The move officially marks the end of the term of the reformist administration of Hassan Rouhani, who held the chair for eight years.

In Iran, the endorsement ceremony of the incoming president, which comes ahead of the swearing-in ceremony, is considered the official confirmation of the new president and an end of the term of the incumbent administration.

The ceremony started with Interior Minister Rahmani Fazli presenting a report on the June presidential election, which recorded the lowest turnout in Iran's post-1979 history.

In his remarks, after receiving the endorsement certificate, the new president said his administration will work for "change."

Raeisi said the message of the June presidential vote, which he won with nearly 18 million of the 28.9 million ballots cast, was to "end the status quo" by solving the economic, social, and cultural problems of the people.

The 60-year old conservative cleric, who previously served as the judiciary chief, had been one of the strongest critics of the Rouhani administration's economic policies.

"The people's demand from the new government is change and this change is inevitable," he said.

Raeisi, in a veiled attack at the outgoing administration, said the people's livelihood has been damaged and their trust has been crushed, primarily due to economic woes.

He said his administration will "strive to lift sanctions" but will not tie people's livelihood to the West, a reiteration of his 'neighbors first' policy that he has often spoken about.

Khamenei, in his speech, spoke of the "dire need" for "competent, wise, brave management" that is capable of mobilizing the nation's potential, especially the youth, to help the country leap forward.

Raeisi, who is considered a loyal lieutenant of Khamenei, received praise from the latter for his "piety, wisdom and brilliant managerial performance".

Khamenei urged Raeisi to follow up on his slogan of "popular government", be the "face of unity" and "talk honestly to people".

He further stressed the management that can "eliminate obstacles in production", "strengthen national currency", and "empower middle and lower classes", which he said shoulder the burden of economic problems.

Khamenei said the government must "stand up to corruption", and "avoid hasty economic decisions" to solve economic problems.

He also reiterated his call for "countering soft war" through media, saying the "enemies" through this war seek to "disrupt the minds of people in Iran".

Raeisi will be sworn in as the new president on Thursday, with an expected attendance of officials from at least 70 countries. He will also be introducing his cabinet during the ceremony.

It comes amidst renewed tensions between Iran and the West over last week's attack on an Israeli-operated tanker off the coast of Oman, which Israel, as well as the US and UK, have blamed on Iran.

Both adversaries have traded threats, with Iran vowing 'response' in the event of an attack by Israel.