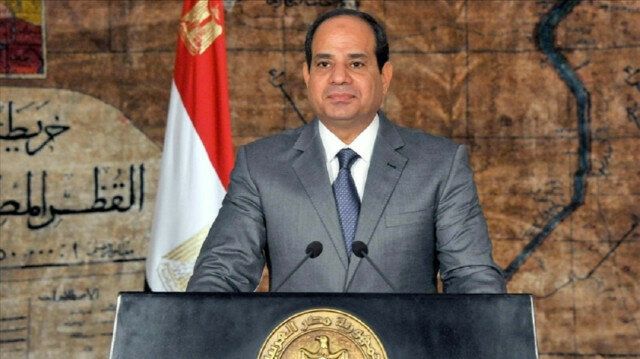 According to the statement, Shoukry said that his country "trusts the wisdom of the (Tunisian) head of state and his ability to lead this proper constitutional path at a steady pace, and wishes Tunisia and its people success and a better future."

The statement added that Shoukry conveyed the message to Saied from al-Sisi in person, without disclosing its content.

Shoukry also conveyed to Saied "expressions of respect and appreciation for President al-Sisi, and absolute support for the historical measures taken by the President of the Republic to achieve the will of the people, ensure Tunisia's stability and take care of its interests."

Last week, in moves that alarmed the international community, Saied dismissed the government, suspended parliament, and assumed executive authority with the assistance of a new prime minister.

Tunisia has been seen as the only country that succeeded in carrying out a democratic transition among a group of Arab countries that witnessed popular revolutions in the early 2010s that toppled their ruling regimes, including Egypt, Libya, and Yemen.

Al-Sisi himself came to power in 2013 after toppling Mohamed Morsi, Egypt’s first elected president, in a military coup.