Russia aims to regain clout in Central Asia through wargames 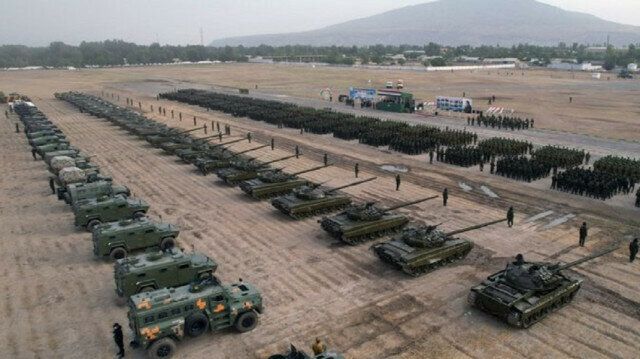 Russia is jostling to strengthen and expand its presence in the volatile Central Asian region to prevent its partners from aligning with NATO or getting closer to the US, Eurasia Diary reports citing Yeni Safak.

After completing phase one of military exercises with Uzbekistan, Russia is now preparing phase two of week-long three-nation war games involving Tajikistan as well from Thursday near the Termez mountain range, located in Uzbekistan’s Surkhandarya province.

The exercise taking place near the borders of Afghanistan attains considerable significance.

As many as 1,500 servicemen from three nations will test heavy military equipment, armored vehicles, and air support. Analysts say it is part of Russia’s effort to bring Uzbekistan closer and encourage it to re-join the Collective Security Treaty Organization (CSTO).

It is believed that the issue of constructing a reliable ring of safety around Uzbekistan may be pursued albeit with some reservations. None of the governments in the region want to pursue a deeper integration. Russian strategist Yelena Palina said that without a deeper integration there was no future to the Russia-led CSTO. She also called for radical reorganization of the CSTO to make it effective and practical.

Russia’s special envoy for Afghanistan, Zamir Kabulov, anticipated that the worsening situation in Afghanistan may allow his country to promote its influence in the region. Although Moscow already enjoys significant strong clout in the region, Kabulov said that it will grow further especially in these turbulent conditions.

Many Russian commentators had claimed a victory in the wake of the hasty pull out of the US troops from Afghanistan. They claim that the ill-planned withdrawal created a power vacuum and caused a destabilizing effect on the security situation. The degrading of defense capabilities demoralized Afghan soldiers, resultantly fomenting fears among Central Asian states.

Andrei Kazantsev, lead researcher at Moscow’s Foreign Relations Institute said the low morale lack of motivation among the Afghan force was due to poor training levels. He added that the loyalty of troops was ensured “primarily through cash infusions” from Washington and the international coalition.