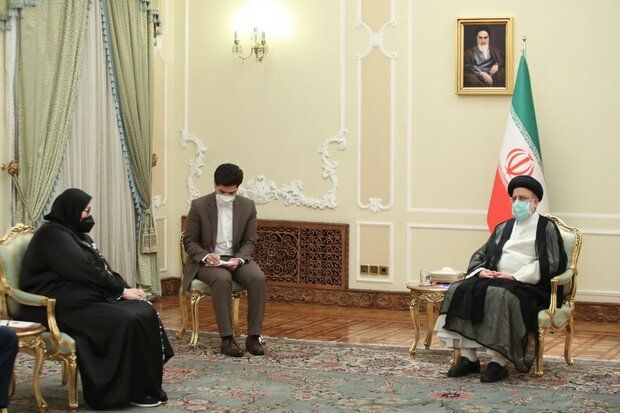 He made the remarks in a meeting with the visiting Minister of Foreign Affairs of Bosnia and Herzegovina, Bisera Turković.

One of the principled policies of the Islamic Republic of Iran is supporting the territorial integrity of countries and defending the world’s oppressed, Raeisi said, adding, “Our approach is maintaining security and prosperity in all regions.”

“Unfortunately, many of the measures being implemented today in the world are against human rights and these actions are mainly being carried out by those who claim to be flag bearers of defending the human rights,” noted the president.

For her part, the Bosnian minister congratulated Raeisi over winning the Presidential election in Iran.

She said Bosnia always appreciates the Islamic Republic of Iran’s positions and supports the country in the past decades.

Turković stressed Sarajevo’s readiness to enhance the level of ties with Tehran in different fields.

The Bosnian minister, along with a host of officials from dozens of other countries, is in Tehran to take part in the inauguration ceremony of President-elect Ebrahim Raeisi that will be held on Thursday.