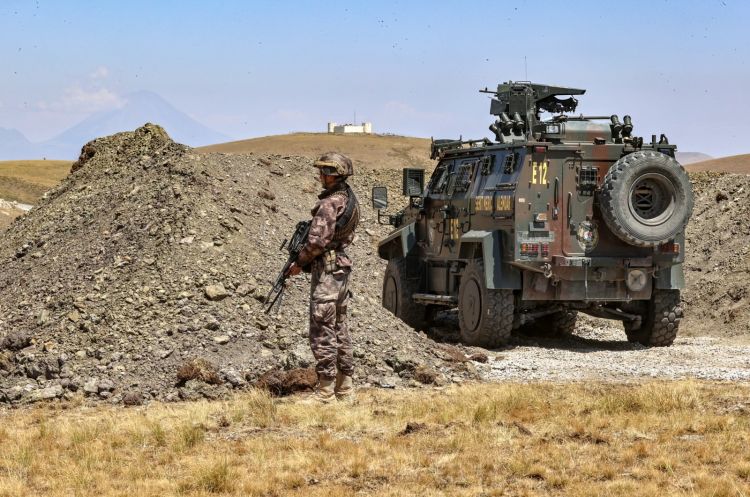 Turkish security forces killed three PKK terrorists in counterterrorism operations in eastern Van province, the Interior Ministry said Thursday.
In a statement, the ministry noted that the operation was carried out by special operations police squads in the Çaldıran Soğuksu area.
Turkish security forces regularly conduct counterterrorism operations in the eastern and southeastern provinces of Turkey, where the PKK has attempted to establish a strong presence.
In July, the country also launched the first of a series of "Lightning" operations in the southeastern province of Şırnak, and its associated operations are meant to target terrorists believed to be hiding out in eastern and southeastern Turkey.
In its more than 40-year terror campaign against Turkey, the PKK – listed as a terrorist organization by Turkey, the United States and the European Union – has been responsible for the deaths of 40,000 people, including women, children and infants.