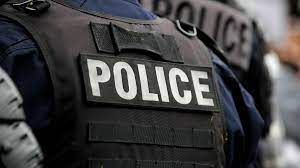 According to local media outlets, the suspect, a Rwandan named Emmanuel Abayisenga, confessed to committing the arson that destroyed the Nantes Cathedral last year, saying it was revenge for the refusal of his asylum application.
Sputnik is live from Saint-Laurent-sur-Sèvre in Vendée, France, after local Catholic Priest Olivier Maire was killed. A Rwandan illegal immigrant reportedly turned himself in to the police, confessing the crime. Following the tragic incident, French Interior Minister Gérald Darmanin is heading to the region to oversee the investigation.