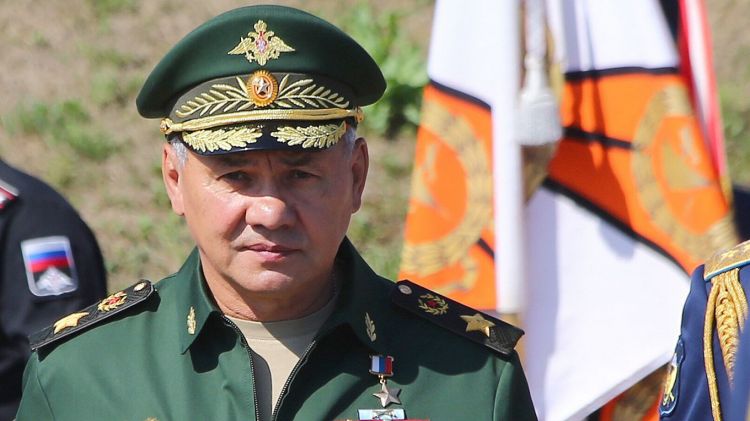 The Taliban controls Afghanistan’s borders with ex-Soviet Tajikistan and Uzbekistan, Russian Defense Minister Sergei Shoigu said Tuesday as the three allies wrapped up military exercises near the Afghan border amid the militant group’s advance.
Governments in the ex-Soviet region of Central Asia have sounded the alarm over the spiral of conflict in neighboring Afghanistan as U.S.-led forces look to complete a withdrawal from Washington's longest ever conflict. The Taliban has captured nine provincial capitals — mostly northern population centers — in the past week.  “What’s important to us is that the border with Uzbekistan and Tajikistan is also taken under the control of the Taliban,” Shoigu said at a youth forum, according to the state-run TASS news agency.
He noted that the Taliban has vowed not to cross into Afghanistan's neighboring Central Asian republics, which Moscow views as its sphere of influence.
The Taliban has moved to reassure its Central Asian neighbors that it has no designs on the region which played a key logistical role when a coalition led by Washington forced the militant group from power two decades ago.
The Russian military said Tuesday that the 2,500-troop drills with Tajikistan and Uzbekistan took place amid "the threat of penetration by radical terrorist groups bordering the Central Asian countries."
The Central Military District said in a statement Tuesday the exercises had included new man-portable air-defense systems, handguns and assault rifles sent to upgrade Russia's military base in Tajikistan.
Its commander added that the joint drills were the first in the region to see military tactics employed by the Russian army in the conflict in Syria.