All wildfires in Turkey taken under control - Forestry minister - ednews.net

All wildfires in Turkey taken under control - Forestry minister 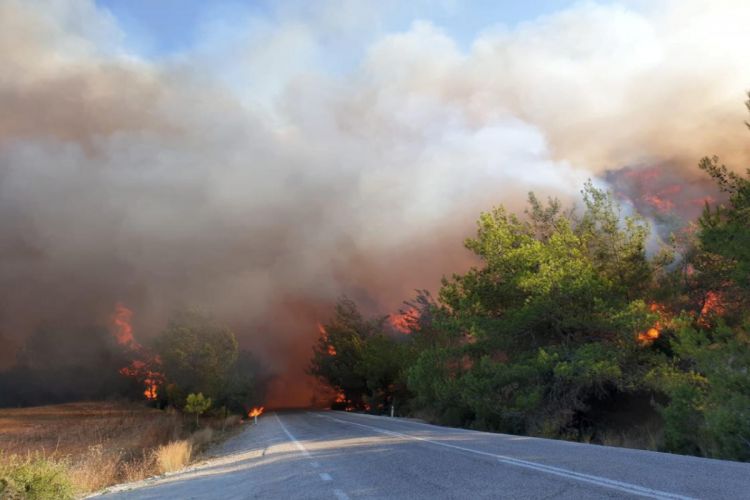 The Turkish agriculture and forestry minister on Thursday said all wildfires across the country were contained and authorities decided to suspend hunting activities in the fire-affected areas of southern Antalya and southwestern Mugla provinces for two years, Eurasia Diary reports citing Anadolu Agency.

Bekir Pakdemirli’s remarks came at a news conference in which he, along with Energy and Natural Resources Minister Fatih Donmez, spoke on the wildfires that burnt green areas in the country’s western and southern regions.

Pakdemirli said the Turkish nation acted as "a single fist" against the wildfires as all state institutions, volunteers, NGOs, and municipalities as well as heroic firefighters endeavored in harmony to douse the fires.

Given wildfires occasionally take place in the Mediterranean region, he warned that everyone should be vigilant as such events might unfold in any period during the year.

Referring to the suffering of wildlife in the fire-hit regions, the minister said the authorities decided to shut down such locations for hunting activities this year and in 2022 to protect the wildlife.

He also commented on the ongoing floods in the Black Sea region in northern Turkey, which has claimed at least 11 lives in multiple cities.

The minister warned that heavy rainfall was expected on Friday and Saturday in the region, and the meteorological risks were still present, adding that the locals should be careful and stay away from risky locations and authorities would extend a helping hand to the needy.

He also stressed that 12 planes, 66 helicopters, 10 helicopters of the gendarmerie forces, and 26 foreign aircraft were on alert to put off any possible fire, while the construction vehicles were sent to the fire-hit locations for reforestation activities as well as field preparation.