Statement on the results of trilateral meeting among Russian, Azerbaijani and Armenian leaders - Full text
Read: 359

Mechanisms for delimitation and demarcation of Azerbaijani-Armenian borders to be created before the end of year
Read: 266 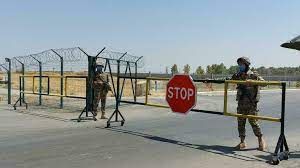 Uzbekistan is in close contact with the Taliban movement (outlawed in Russia) on border protection issues, the Uzbek Foreign Ministry said in a statement on Tuesday.
"Uzbekistan is in close contact with members of the Taliban movement on issues related to border protection and efforts to preserve calm in border areas," the statement reads. "We also firmly declare that attempts to violate the state border will be met with a tough response," the ministry added.
The Uzbek Foreign Ministry pointed out that the country’s diplomatic missions in the Afghan capital of Kabul and the city of Mazar-i-Sharif continued to operate normally.