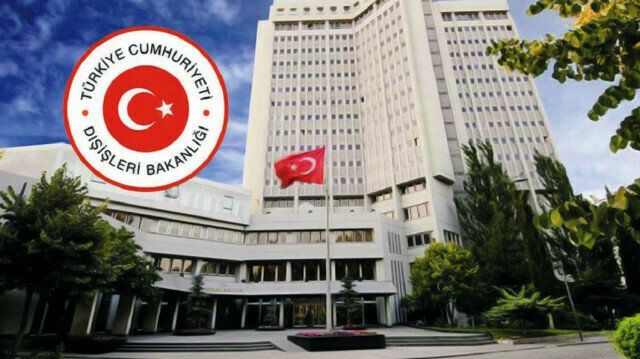 Turkey’s Foreign Ministry on Sunday denied claims made by UK media outlets concerning the establishment of an asylum processing center in Turkey for Afghan asylum-seekers.
"The news in the UK press saying there are plans to establish an asylum processing center for Afghan asylum-seekers in Turkey does not reflect the truth," the ministry said in a written statement.
The ministry’s statement concerned a reference made to Turkey in the UK press in the context of asylum processing centers to be established in third countries for Afghan asylum-seekers.
"No official request has been conveyed to us from any country up until today. Should there be such a request, we would not accept it anyway," it added.
British Defense Secretary Ben Wallace wrote an article in the Mail On Sunday, saying: "A series of 'processing hubs' will be set up in countries neighbouring Afghanistan for refugees who manage to escape. If they can establish their right to come to the UK, they will be flown to Britain."
Although the country’s name was not mentioned in the article, The Mail on Sunday referred to Turkey and Pakistan in it. Some media outlets also made reference to the article in question.