Without establishing relations with the new government led by the Taliban, Western countries won’t be able to reopen their embassies and consulates, Research Fellow at the Middle East Institute of Japan Kenta Aoki pointed out 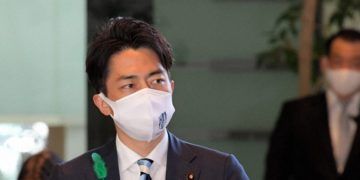 The United States and its allies must keep a diplomatic presence in Afghanistan provided that a new government is created there peacefully under the Taliban (outlawed in Russia), Research Fellow at the Middle East Institute of Japan Kenta Aoki told TASS. According to him, "right now, there is a certain vacuum of power in Afghanistan." "Currently, a new government is going to be formed under the Taliban. From the standpoint of relations with the West, how peaceful this process is going to be and how inclusive it is of various political forces will be vital," the commentator added.

However, in his words, "it is still unclear what the country’s governmental institutions are going to look like, whether its legal system will incorporate elements of the current constitution and what approach will be adopted towards human rights, the situation of women and education. All this will determine the G7’s attitude to the country’s new authorities, Aoki specified.
"It’s also doubtful that the Taliban severed ties with Al-Qaeda (outlawed in Russia)," the expert went on to say. "It seems that other terrorist groups are also holed up in Afghanistan. However, without establishing relations with the new government led by the Taliban, Western countries won’t be able to reopen their embassies and consulates," he insisted.
"In this case, it would be highly difficult for them to keep tabs on the activities of international terrorist organizations there and carry out other sorts of activities. That being said, once cutting-edge American arms spill out into the open, and international terrorists get their hands on those weapons, it will pose a threat to the interests of the US and its allies. This is why I think that the best option is that an inclusive government, as moderate as possible, is created in Afghanistan, which will not ignore human rights issues, and which Western countries will establish relations with it at the level of diplomatic missions," the Japanese expert pointed out.
On April 14, Biden announced plans to end Washington’s operation in Afghanistan, the longest military campaign in American history. After that, the Taliban launched a large-scale offensive to take the country under control. Taliban fighters swept into Afghanistan’s capital of Kabul on August 15, without coming up against any resistance and took control of the entire city within a few hours. Later, Afghan President Ashraf Ghani stepped down and fled the country. Subsequently, Vice President Amrullah Saleh declared himself caretaker president, calling for armed resistance against the Taliban. Western nations are now evacuating their citizens and diplomatic personnel from Afghanistan.