Suspects nabbed in simultaneous operations in 7 districts of Istanbul province, according to security sources 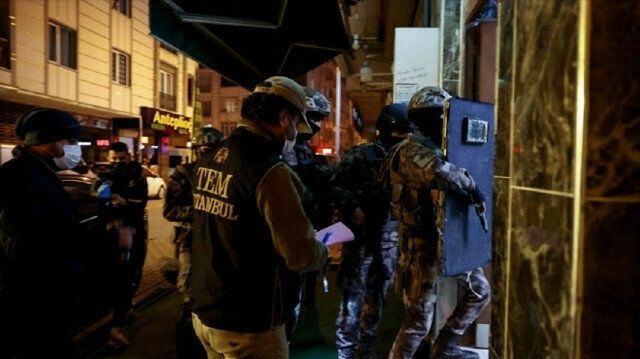 Five suspects were arrested in Turkey on Thursday during operations against the Daesh and al-Qaeda terror groups.
The suspects were apprehended in simultaneous raids at nine different places in seven districts of Istanbul, said security sources, who asked not to be named due to restrictions on speaking to the media.
In 2013, Turkey became one of the first countries to declare Daesh/ISIS a terrorist organization.
The country has since been attacked by the terror group multiple times, with over 300 people killed and hundreds more injured in at least 10 suicide bombings, seven bomb attacks, and four armed assaults.
In response, Turkey launched anti-terror operations at home and abroad to prevent further attacks.