OSCE Mission to Bosnia and Herzegovina helps improve legal certainty and equality of citizens before the law
Read: 233 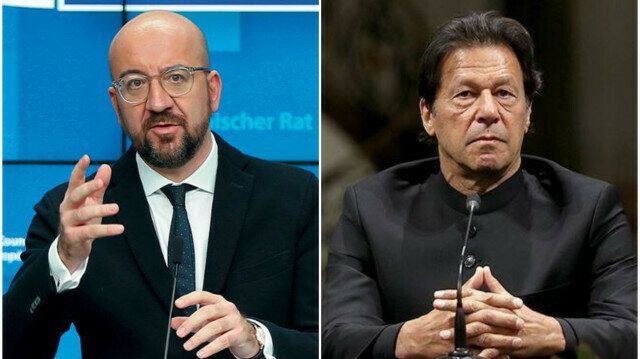 The head of the European Council and Pakistani prime minister on Thursday discussed the unfolding situation in Afghanistan after the Taliban took over the Afghan capital Kabul on Aug. 15, Eurasia Diary reports citing Yeni Safak.

Charles Michel called Imran Khan and thanked him for hosting evacuees in transit.

"I thanked prime minister of Pakistan @ImranKhanPTI for hosting evacuees in transit. We discussed the security of citizens in #Afghanistan as well as regional and international security. Safe deployment of humanitarian assistance is key," he tweeted.

Khan, sharing his country's perspective, said a stable and peaceful Afghanistan was in the vital interest of his country and the region, according to a statement issued by his office.

He underlined that an inclusive political settlement was the best course forward and expressed hope that the Afghan leaders would continue to work together to achieve that end.

Khan also reaffirmed that Pakistan will steadfastly support all efforts in this direction.

"Stabilizing the security situation in Afghanistan was essential to preserve peace, effectively respond to any humanitarian challenges, and ensure economic well-being of the Afghan people in their country," he said.

The current situation in Afghanistan required sustained engagement of the international community, Khan noted, saying It was vitally important to remain in solidarity with the people of Afghanistan and to extend support to them to ward off any humanitarian challenges and ensure economic sustenance.

The two leaders agreed that both sides remain in contact and coordinate closely on the situation in Afghanistan.

President of the Asian Development Bank (ADB) Masatsugu Asakawa also called Khan and appreciated Pakistan's role in facilitating the evacuation of the ADB personnel stranded at the Kabul Airport.

Prime Minister Imran Khan also acknowledged the cooperation of the ADB with Pakistan in mitigating the negative impacts of the COVID-19 pandemic, including supporting the procurement of vaccines.

Pentagon spokesperson John Kirby said on Twitter: “We can confirm that the explosion at the Abbey Gate was the result of a complex attack that resulted in a number of US amp; civilian casualties. We can also confirm at least one other explosion at or near the Baron Hotel, a short distance from Abbey Gate. We will continue to update.”

At least 10 people were killed and 50 injured, said news channel Al-Jazeera, citing the Taliban, which earlier this month gained control of Kabul and most of Afghanistan but not the airport.

US forces are in control of the airport as evacuations continue ahead of an Aug. 31 deadline – the only area of the country still under US control.

Thousands of people are waiting at the airport for evacuation, and large crowds have gathered outside the airport grounds, seeking a way inside to get a flight out.