Another family participating in sit-in protests in Diyarbakir reunited with their child, bringing total to 31 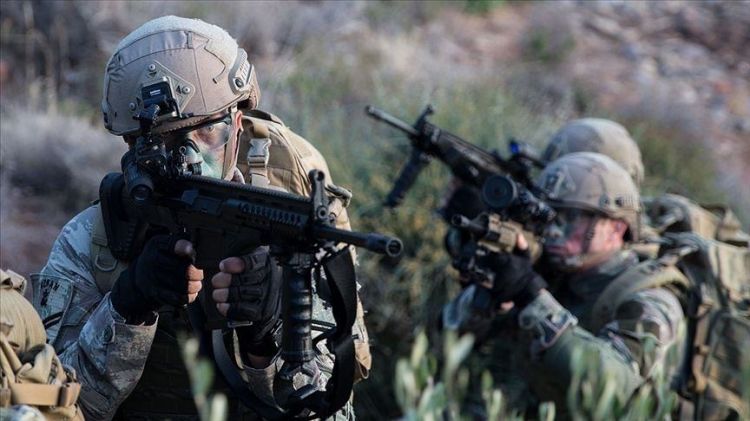 Four members of the terrorist group PKK surrendered to Turkish security forces on Saturday, according to the country’s Interior Ministry.
In a statement, the ministry said the terrorists were convinced to surrender by the gendarmerie and police forces.
The family of one of the surrendered terrorists had been part of a group in the eastern Diyarbakir province protesting the abduction or forcible recruitment of their children by the PKK, the statement added.
Holding the opposition Peoples' Democratic Party (HDP), which the government accuses of terror ties, responsible for the abduction of their sons and daughters, the families have been protesting outside the party's local office in the Diyarbakir province for about three years.
One of the terrorists took part in the group in 2013-2015 and was active in nearby Syria and Iraq, the statement said.
It said the number of terrorists that have been convinced to surrender rose to 136, while the number of protesting families reunited with their children reached 31.
In its more than 35-year terror campaign against Turkey, the PKK – listed as a terrorist organization by Turkey, the US, and the EU – has been responsible for the deaths of at least 40,000 people, including women, children, and infants.