War In Afghanistan Is now over - Key remarks from Biden's speech to nation - ednews.net 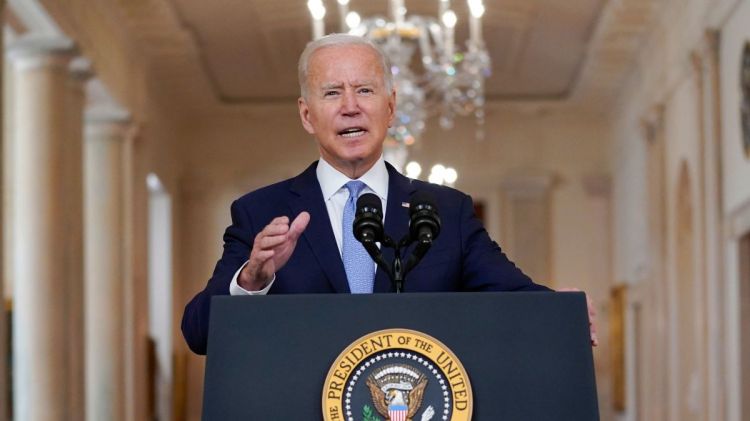 On Monday, US CENTCOM officially announced the end of the American military mission in Afghanistan, as the last plane carrying US forces left Kabul airport, giving the Taliban* full control.

US President Joe Biden has delivered a speech to the American nation regarding the US withdrawal from Afghanistan and the end of the nearly 20-year war, in which 2,448 US service personnel and 3,846 US military contractors were killed and which cost the United States at least $2.4 trillion.

Here are the most striking remarks he made on Tuesday.

The US president called the US evacuation mission in Afghanistan "an extraordinary success", though it has been widely criticized both by Democrats and Republicans, and even triggered calls for Biden and the US military leadership to resign.

The extraordinary success of this mission was due to the incredible skill, bravery and selfless courage of the United States military, and our diplomats, and intelligence professionals," Biden said during a speech at the White House.

"The bottom line, 90 percent of Americans in Afghanistan who wanted to leave were able to leave," Biden underscored.

Biden said he was not going to extend the forever war or a forever exit from Afghanistan, and that he disagrees with those who say the evacuations could have been done in a more orderly fashion.

“I was not going to extend this forever war, and I was not extending a forever exit,” Biden said. “Now some say we should have started mass evacuations sooner, and couldn’t this have been done in a more orderly manner. I respectfully disagree.”

The chaotic evacuation from Afghanistan was also marked by deadly terrorist attacks in the Kabul airport area, which claimed the lives of nearly 200 people, including 13 US soldiers. The US struck back, killing, as the Pentagon said, key Daesh* targets. However, the airstrikes also killed innocent civilians, including children.

They also fear those Afghans who helped the US during the years-long campaign will be targeted by the Taliban.

The Taliban also seized billions worth of American military hardware — from assault rifles to Black Hawk helicopters — from retreating Afghan security forces in the weeks before the fall of Kabul in mid-August. With pictures of Taliban fighters flaunting US uniforms and weapons initially supplied to the Afghan forces circulating on social media, former President Donald Trump has demanded the US "bomb the hell out of" the Taliban if they do not return the military booty.

The only national interest the US has in Afghanistan is to prevent its territory from being used to launch another attack on the United States, Biden said.

“In my view, we only have one [national interest] - to make sure Afghanistan can never be used again to launch an attack on our homeland,” Biden said.

“The Taliban has made public commitments, broadcast on television and radio across Afghanistan, on safe passage for anyone wanting to leave, including those who worked alongside Americans. We don’t take them by their word alone, but by their actions, and we have leverage to make sure those commitments are met,” the president said.

Biden also hinted during his remarks that the decision to pull out troops from Afghanistan was also about ending the era of major nation-building operations.

"This decision about Afghanistan is not just about Afghanistan. It's about ending an era of major military operations to remake other countries," Biden said during a speech at the White House.

Following the US' complete withdrawal from the country, Taliban spokesman Mohammad Naim told Sputnik that "now our state has become free and independent." He also added that the United States was defeated and did not achieve its goals in Afghanistan.

US troops invaded Afghanistan under former US president George W. Bush in 2001, as part of the infamous "war on terror" following the 9/11 terror attacks. Apart from the US forces, over 47,200 Afghan civilians were killed over the course of the war, the most recent estimate shows.