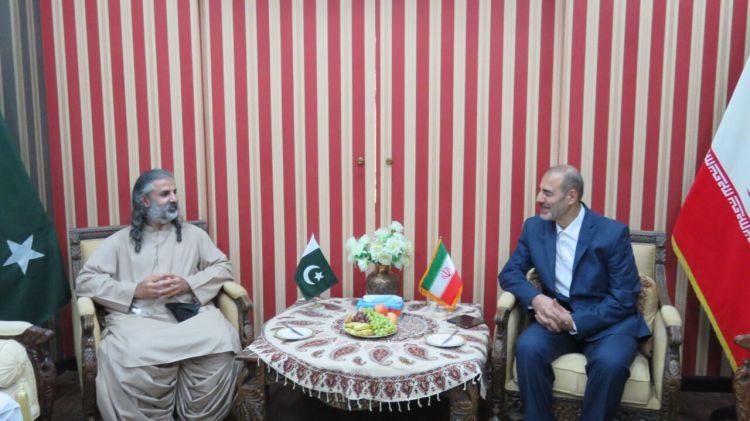 Consul General of the Islamic Republic of Iran in Pakistan’s south western city of Quetta and the special assistant to the prime minister of Pakistan have reaffirmed their commitment to develop bilateral trade and cultural relations especially between the two neighboring provinces, Eurasia Diary reports citing Mehr News.

Hassan Darvishvand hosted Shahzain Bugti, the special assistant to the prime minister of Pakistan for reconciliation, in Balochistan at Iranian consulate general in Quetta, the capital of Balochistan Province.

Issues of mutual interest including promotion of Iran-Pakistan trade and cultural relations were discussed during the meeting.

Bugti called for the development of relations with the Islamic Republic of Iran, as well as the facilitation of bilateral trade, especially at the borders.

He pledged that he would spare no effort to strengthen Iran-Pakistan relations, especially the expansion of trade, economic, and cultural relations between Sistan and Baluchestan in southeastern Iran and Balochistan Province in southwestern Pakistan.

At the end of the meeting, the two officials spoke to media about the importance of strengthening bilateral relations and the progress made to strengthen trade across borders.