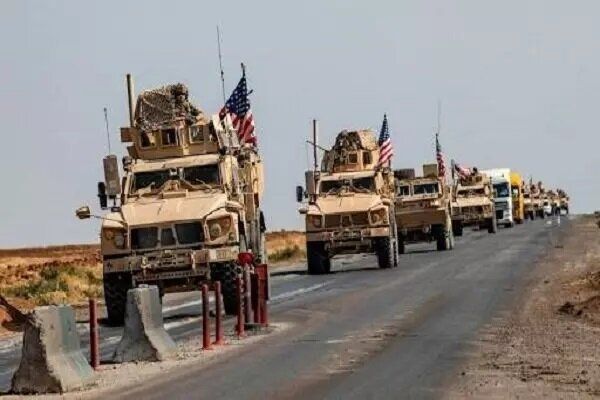 Iraqi sources announced that US military logistics convoy was targeted in Samawah province in in southern Iraq, Almasirah reported.

According to the report, a US military logistics convoy was targeted in al-Diwaniyah, southern Iraq.

A few days ago, Iraqi sources reported the attack on several US convoys in various parts of Iraq.

Shipments required by US troops and also light arms enter Iraq via trucks and with the cooperation of Iraqi companies from “Jarishan" border in Kuwait, a border crossing that Baghdad government does not have any control on it.

The US coalition's continued use of the crossing without supervision of Iraqi central government has been criticized by Iraqi political bodies, so that a member of Iraqi Parliament's Security and Defense Committee emphasized the need for monitoring of government on “Jarishan” Crossing like other border crossings