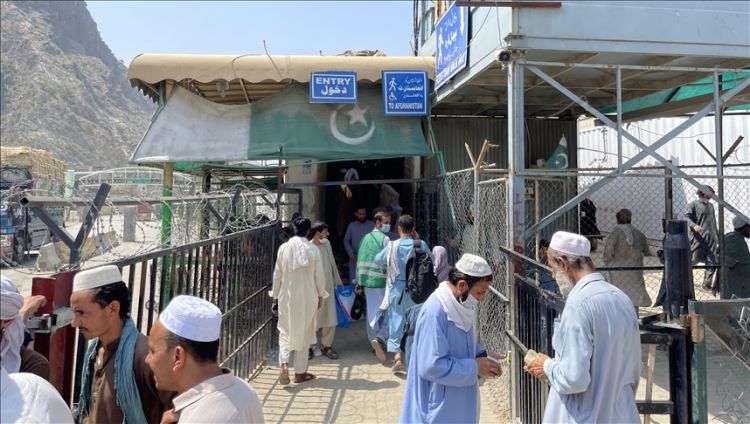 The Taliban on Monday closed the Torkham border gate, the main crossing point between Pakistan and Afghanistan, for pedestrian movement, a local Pakistani official said.

According to Yeni Safak, the move came after the Taliban demanded to allow all Afghan citizens gathered at the border to enter the Pakistani side, which was rejected by Pakistani authorities, an official at the border told Anadolu Agency over the phone, on the condition of anonymity as he was not authorized to talk to the media.

Hundreds of Afghan citizens gathered at the border to enter Pakistan after rumors that Islamabad has opened its border, which is closed since July due to a spike in COVID-19 cases in the country.

"We are facilitating ailing people and allow them to enter for treatment in Pakistani hospitals," the official said, adding that Islamabad also facilitates the evacuees who are going abroad.

Some journalists on their way to the Afghan capital Kabul via the Torkham border have also been stuck at the border after the Taliban closed it for pedestrians from Pakistan, while the trade activities are going on smoothly.

Since Aug. 15, when the Taliban took over the control of Kabul, over 30,000 Afghans returned to their homeland through the Torkham border from Pakistan and some 4,000 entered Pakistan, according to officials.

However, Islamabad is still barring its citizens from entering Kabul after the former Afghan government collapsed and President Ashraf Ghani fled.

On Aug. 15, Pakistani authorities closed the border for hours shortly after the Nangarhar province fell to the Taliban followed by a quick grab of Kabul.

But they later reopened the major crossing point for bilateral trade after reaching an understanding with the Taliban local leaders as hundreds of trucks loaded with fresh fruits and other food items were stranded at the border.