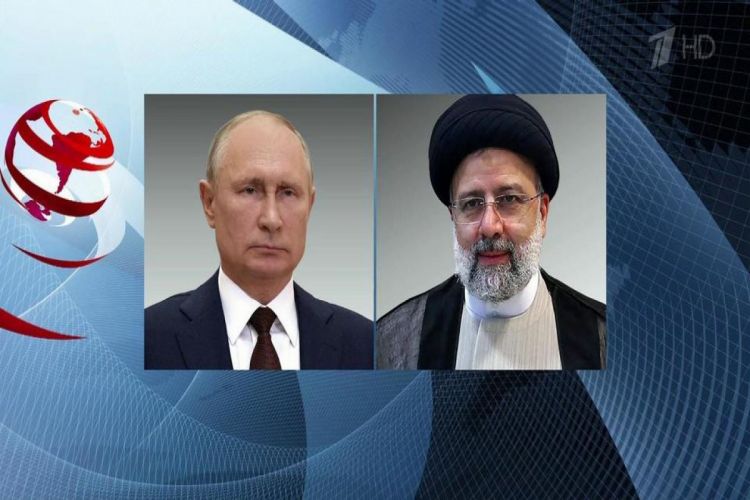 The Russian president Vladimir Putin made a phone call to the Iranian counterpart Raeisi on Tuesday, during which the Russian leader called for coordination between the two presidents to meet as soon as possible, Mehr news reports.

The Russian President Vladimir Putin made a phone call to the Iranian counterpart Ebrahim Raeisi on Tuesday to say that he had been quarantined for the possibility of contracting the Covid-19.

During the phone conversation, the Russian president called for coordination between the two presidents to hold a meeting at the earliest opportunity.

Referring to the Moscow-Tehran cooperation in the fight against the Covid-19, as well as the joint production of the Sputnik V vaccine in Iran, the Russian President stressed the continuation of the mutual cooperation.

The president of the Islamic Republic of Iran, for his part, said in the telephone call that "We are pursuing the development and deepening of cooperation between the two countries in all areas."

Ayatollah Raeisi also stressed the need for continued cooperation between the two countries in the fight against Covid-19, including in the field of joint vaccine production, and added, "This cooperation should continue vigorously until total eradication of this global pandemic."

The two presidents were reportedly set to meet in the Tajik capital of Dushanbe this week on the sidelines of the SCO summit.