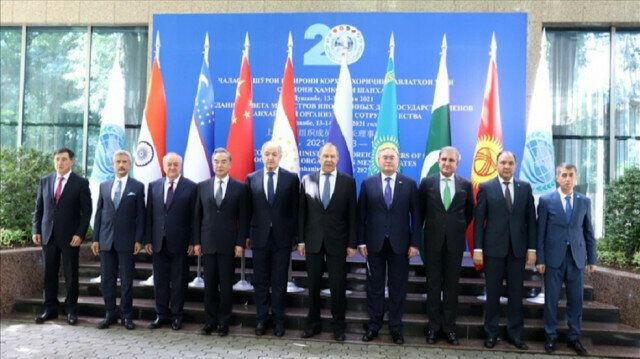 Top diplomats of Afghanistan’s neighboring countries on Friday urged the Taliban to conclude national reconciliation and form an inclusive government "that takes into account the interests of all ethno-political forces of the country", Yeni Safak reports.

The call was made during a meeting of the foreign ministers of Russia, China, Pakistan and Iran held on the sidelines of the Shanghai Cooperation Organization summit in Tajikistan's capital Dushanbe, Pakistan's Foreign Ministry said.

The Taliban took power in Afghanistan last month, and have formed a 33-member interim government, with only a handful of portfolios given to non-ethnic Pashtuns.

Many states and world leaders have called for an inclusive set up in Afghanistan, saying the Taliban would be judged by their actions and not words.

The ministers emphasized that "sovereignty, independence and territorial integrity" of Afghanistan should be respected, the basic principle of “Afghan-led, Afghan-owned” should be implemented, and the rights to pursue peace, stability, development and prosperity by the Afghan people should be maintained.

Expressing concern over the "precarious" humanitarian and socio-economic situation in Afghanistan, as well as the risks of a possible refugee influx in the region, they stressed the need for restoring peaceful life and economic recovery of the country, and called on the international community to continue providing humanitarian assistance to Afghanistan on an urgent basis.

The officials decided to continue coordination on Afghanistan, and hold meetings at the ministerial, special envoy and the ambassadorial levels in due course.