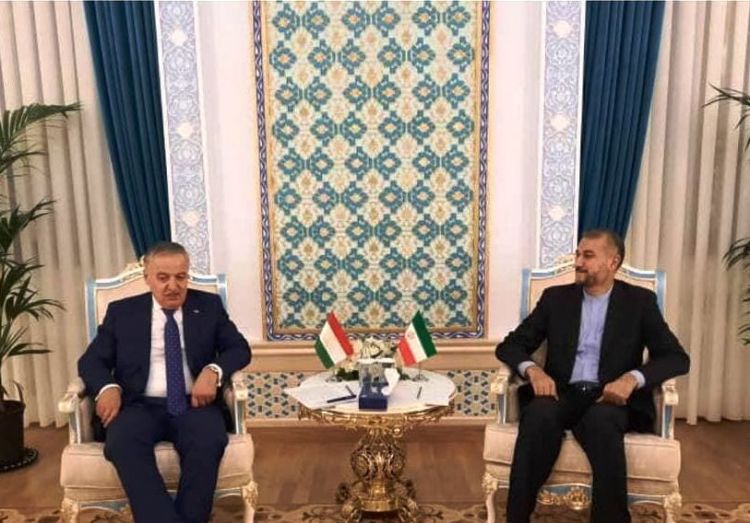 Iranian Foreign Minister Hossein Amirabdollahian and his Tajik counterpart Sirojiddin Muhriddin in a meeting emphasized the need for an inclusive government in Afghanistan with the participation of all Afghan groups, IRNA reports.

During the meeting, held on the sidelines of the 21st Shanghai Cooperation Organization (SCO) summit in Tajikistan, Amirabdollahian praised Tajikistan for its contributions in line with Iran's permanent membership in the SCO.

He welcomed developing bilateral cooperation with Tajikistan in all fields.

Referring to the developments in Afghanistan, he termed establishing an inclusive government in Afghanistan as the only solution to restore peace, stability, and development in the country.

Sirojiddin Muhriddin, for his part, congratulated Iran's permanent membership in SCO and described it as a new chance for developing cooperation.

He too underlined formation of an inclusive government in Afghanistan with participation of ethnic groups.