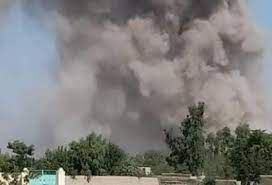 Reports from Afghanistan said on Saturday a series of three explosions that targeted Taliban vehicles in the capital of Afghanistan’s eastern Nangarhar province has left at least three dead and 20 wounded.

No one immediately took responsibility for the attack Saturday in Jalalabad.

It wasn’t immediately clear whether Taliban officials were among the dead and wounded.

Also on Saturday a sticky bomb exploded in the capital Kabul wounding two people, said police officials. The target of the Kabul bomb was not immediately clear, the Associated press said.