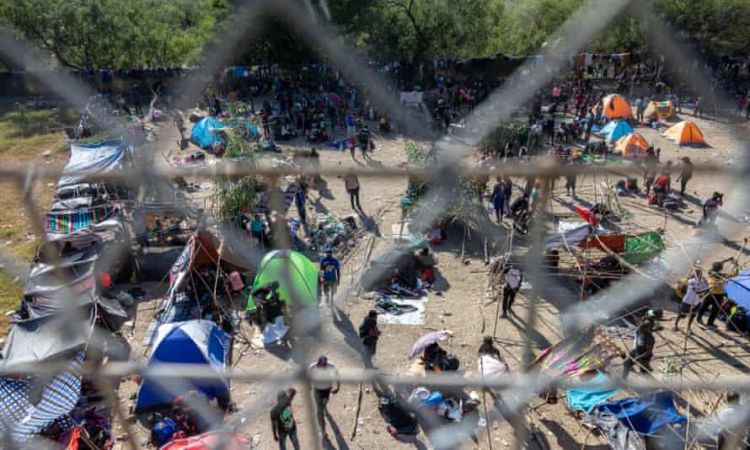 The Biden administration announced on Saturday that it would begin deporting thousands of Haitians who have gathered in the southern border over the past week.
The move is aimed at relieving the overflow at Del Rio and deterring more Haitians from trying to get into the United States.
According to the New York Times, the plan outlined by the Department of Homeland Security will "accelerate the pace and increase the capacity" of removal flights to Haiti and other destinations in the next 72 hours.
More than 14,000 Haitians have crossed the ankle-deep river between Mexico and Del Rio and are camping under a bridge as they await processing by the U.S..
Reports indicate some of them are seeking work in the U.S. while others are fleeing violence in other countries.