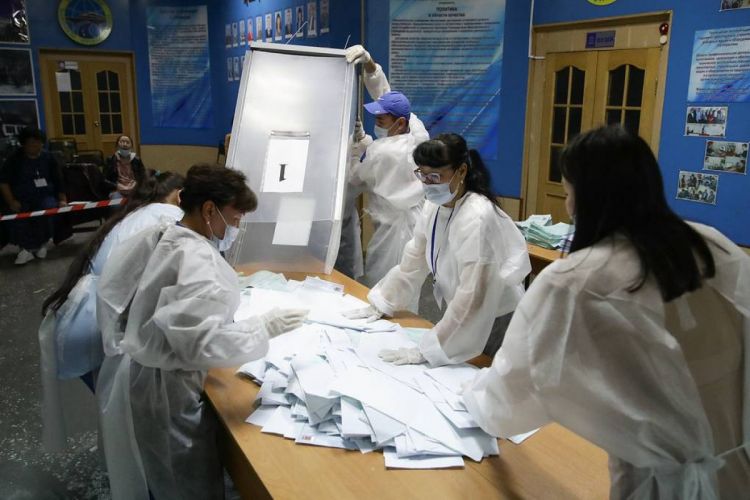 The United Russia party, the Communist Party of the Russian Federation, the Liberal Democratic Party of Russia (LDPR), the A Just Russia - For Truth party and the New People party have cleared the five-percent threshold needed to make it into the Russian parliament’s lower chamber, the State Duma, according to data from the Central Election Commission, which has so far processed 15.01% of the results received from polling stations, Tass reports.

First results of elections to the State Duma

- The rest of the parties have failed to cross the five-percent threshold so far. One of them - the Russian Party of Pensioners for Social Justice - got 3.12%, which makes it eligible to receive government funding.

- According to an INSOMAR exit poll, four parties will cross the parliamentary threshold - the United Russia party (45.2%), the Communist Party of the Russian Federation, the Liberal Democratic Party of Russia and the A Just Russia. The New People party is projected to get 4.7% of the vote.

- With over 80% of ballots counted in Russia’s Far Eastern Khabarovsk Territory, acting regional head Mikhail Degtyarev is receiving 57.64% of the vote, followed by A Just Russia party candidate Maria Kim with 24,52% of the vote.

- In Siberia’s Tuva Republic, where about 30% of votes have been processed, acting governor Vladislav Khovalyg has 93.8%. His closest rival, Choigana Seden-ool of the CPRF party gets 1.9%.

- The United Russia party dominates the elections to regional legislatures in the Far East and Siberia. Its results range between 30% and almost 57%, depending on region.