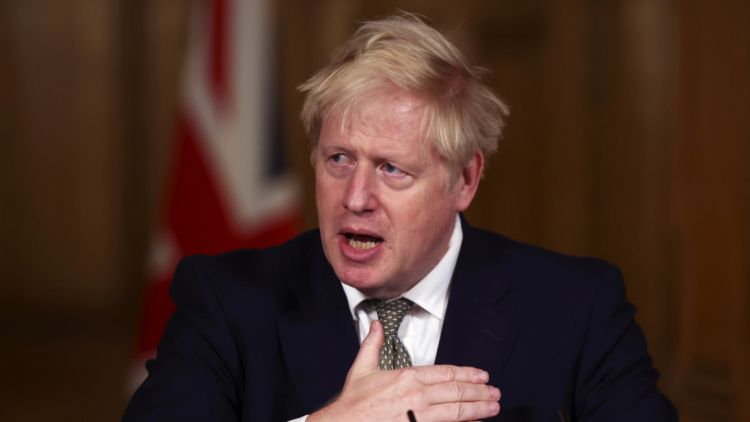 British Prime Minister Boris Johnson on Sunday played down the diplomatic rift with Paris over a new security pact with Australia and the US, saying his country's "love of France is ineradicable", Aran news reports.

Speaking to journalists as he flew to New York, Johnson insisted Britain and France have a "very friendly relationship", which he described as being of "huge importance".

The security agreement, and Australia's related decision to tear up a multibillion-dollar deal for French submarines in favour of American nuclear-powered vessels, has sparked outrage in Paris, with President Emmanuel Macron recalling France's ambassadors to Canberra and Washington in an unprecedented move.

French foreign minister Jean-Yves Le Drian said over the weekend that Britain was a "third wheel" in the affair, and accused London of "constant opportunism".

France has cancelled a meeting set for this week between its Defence Minister Florence Parly and her British counterpart Ben Wallace, a source at her ministry told AFP Sunday.

But on the plane Johnson downplayed France's concerns.

He said the pact, dubbed AUKUS, was "not in any way meant to be zero-sum, it's not meant to be exclusionary".

"It's not something that anybody needs to worry about and particularly not our French friends," he said.