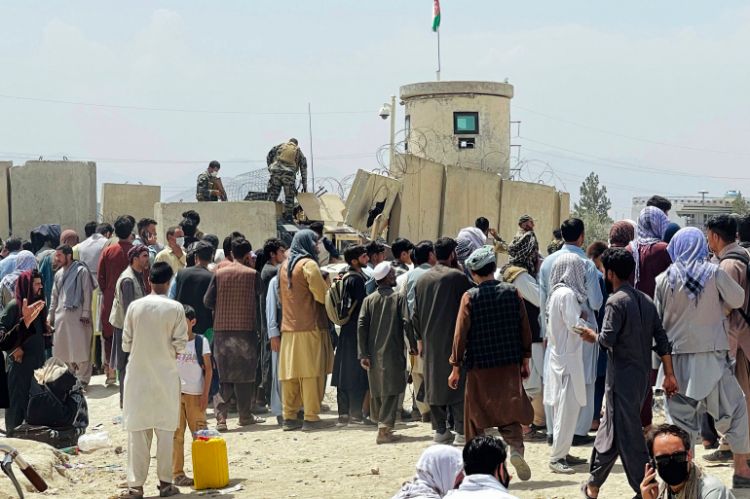 The possible refugee influx due to the situation in Afghanistan is an issue that passes beyond the borders of Turkey and concerns Europe and the West, Italian expert said.

According to Yeni Safak, Fabio L. Grassi, a history professor at Sapienza University, told Anadolu Agency that there may be a mass refugee influx due to the situation in Afghanistan.

“This is an issue that goes beyond Turkey’s borders and concerns Europe and the West a lot. Once again, Turkey has a very sensitive role and a duty in its magnificent and troubled geography,” Grassi said.

He said Europe should take more responsibility at this point.

Regarding the US invasion in Afghanistan, the professor said: “The results of this occupation are clear: There was a great failure, a great disaster. For this, of course, the US, Europe and the West should bear responsibility."

The Taliban took over Afghanistan in mid-August, and have announced a 33-member interim government.

Noting that Anatolia is like a pool that embraces all kinds of people, Grassi said: "This is the destiny of Anatolia. For this reason, it became the cradle of civilizations."

Sadullah Gulten, a history professor at Turkey’s Ordu University, said that people see Turkey strong enough to embrace them all. Gulten urged historians and sociologists to focus more on the migration issue.

Turkey has been a key transit point for irregular migrants who want to cross into Europe to start new lives, especially those fleeing war and persecution.

Turkey already hosts 4 million refugees, more than any country in the world, and is taking new security measures on its borders to prevent a fresh influx.