Russia's behaviour may lead to armed conflict in the region - Expert
Read: 288 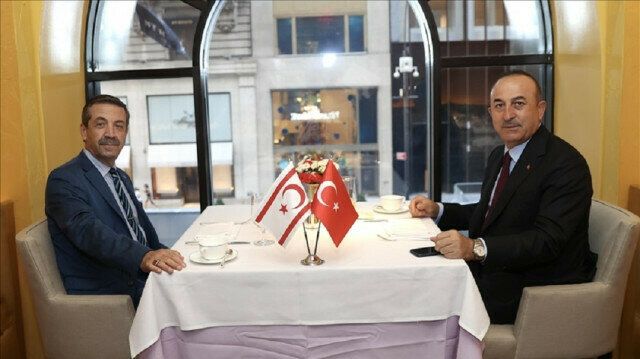 The Turkish foreign minister on Sunday separately met with Turkish Cypriot and Indonesian counterparts in New York on the sidelines of the 76th session of the UN General Assembly, Yeni Safak reports.

Cavusoglu said on Twitter that he had a "productive meeting" with Marsudi, who will visit Turkey next month.

"Will further strengthen our bilateral relations in every field," he also said, highlighting the "close cooperation" of Turkey and Indonesia at the UN, Organization of Islamic Cooperation, D8 Organization for Economic Cooperation, and MIKTA, an informal partnership consisting of Mexico, Indonesia, South Korea, Turkey, and Australia.

The 76th session of the General Assembly opened last week, and the high-level General Debate begins on Tuesday. Some 130 heads of state and government are expected to attend.

Turkey's President Recep Tayyip Erdogan also headed to New York on Sunday, where he is planned attend and speak at this year's UN General Assembly.