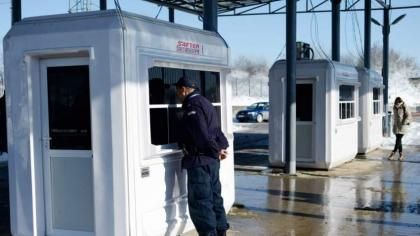 Kosovo’s interior ministry said in a statement that it was conducting an operation at the de facto border with Serbia to implement the new rule.

The law mandates "all vehicles having Serbia's license plates and entering the territory of the Republic of Kosovo at all border crossing points to be equipped with temporary license plates," a statement read.

"The only legal and valid license plates issued by officials of the Ministry of Internal Affairs are those with the 'RKS' denomination," it continued.

Serbs living in Kosovo’s north gathered at three border crossings, including on a highway that connects the main Kosovo city of Pristina with the Serbian capital, to demand an end to restrictions, prompting Kosovo police to deploy armoured vehicles to the border.