Turkey is of importance for ensuring security, safety and peace in Afghanistan - Expert
Read: 196 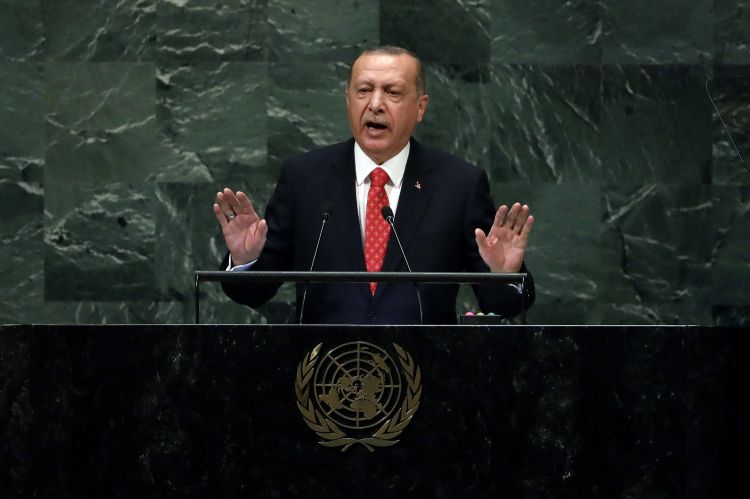 The international community cannot let the Syrian crisis drag on for another 10 years, the president of neighboring Turkey said on Tuesday, Anadolu Agency reports,

In his address to 76th UN General Assembly, Recep Tayyip Erdogan said the humanitarian drama in Syria has unfolded over the course of an entire decade before the eyes of the world.

"We need to show a stronger will to find a political solution to the problem, based on United Nations Security Council Resolution 2254, and in a way that will meet the expectations of the Syrian people," said the president.

The longstanding crisis has caused the death of hundreds of thousands of people and the displacement of millions others since 2011, he said.

Syria has been mired in a vicious civil war since early 2011, when the Assad regime cracked down on pro-democracy protests with unexpected ferocity.

For years Turkey has worked to alleviate and solve the Syria crisis across multiple platforms, including the Astana process and talks with Russia, the Assad regime’s main benefactor.

Erdogan said Turkey has not only taken in nearly 4 million Syrians – more than any country in the world – but also sent its troops into battle against terror groups, groups he said "have drowned the region in blood and tears."