Raeisi calls for strengthening of ties between Iran and Armenia | Eurasia Diary - ednews.net

Raeisi calls for strengthening of ties between Iran and Armenia 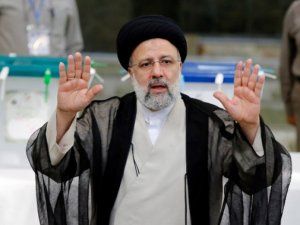 A few hours ago, Iranian President Ibrahim Raisi called for strengthening ties between Iran and Armenia, as well as the security of Yerevan, Fars news agency reports.

Ibrahim Raisi sent messages to Armenian Prime Minister Nikol Pashinyan and Armenian President Armen Sargkissian on the occasion of Armenia's Independence Day. In his messages, the Iranian president noted that the expansion of Iranian-Armenian relations at the bilateral and international level meets the interests of the two countries.

The Iranian president writes in his message: 'I believe that the efforts and seriousness of the two sides can lead to significant achievements in strengthening security and stability in the region and satisfy the interests of two friendly countries.'